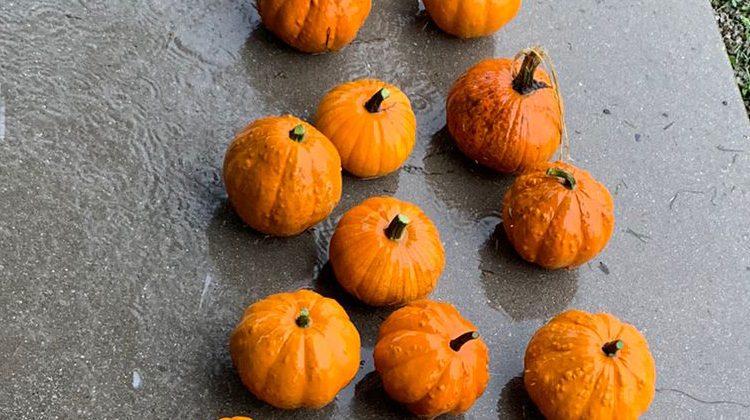 When we moved to our new house in northwestern Georgia, one of the very first things we did was plant pumpkin seeds. Back in Maine, we had an annual pumpkin growing contest. That was impossible in Florida because of the heat. However, we knew they’d grow here.

A few days after we did that, we noticed something growing near the woods, on the other side of the yard. I said, “Hey, isn’t that a pumpkin plant?”

We walked down there, and checked it out. Sure enough!! It looked like the previous owners had tossed some pumpkins last fall. And, after we noticed them, they grew, and grew, and GREW! When the pumpkins started to mature, we were able to determine what varieties they were.

We have pie pumpkins, bumpy pumpkins, miniature pumpkins, and others. In fact, the pumpkin plants became so prolific that the vines wandered into the woods, and up tree trunks, and we now have a large pumpkin growing from a tree!! 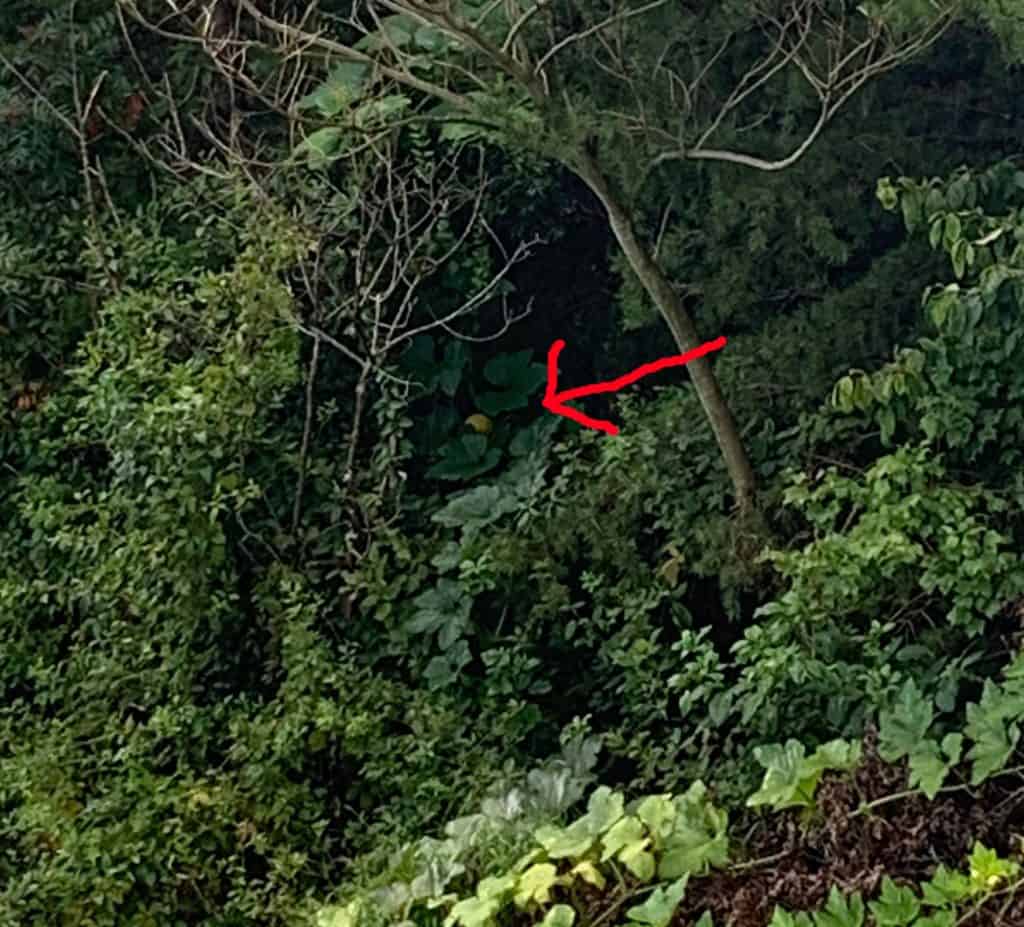 We harvested several smaller pumpkins last weekend, and took them to church to give away, much to the delight of the younger parishioners. 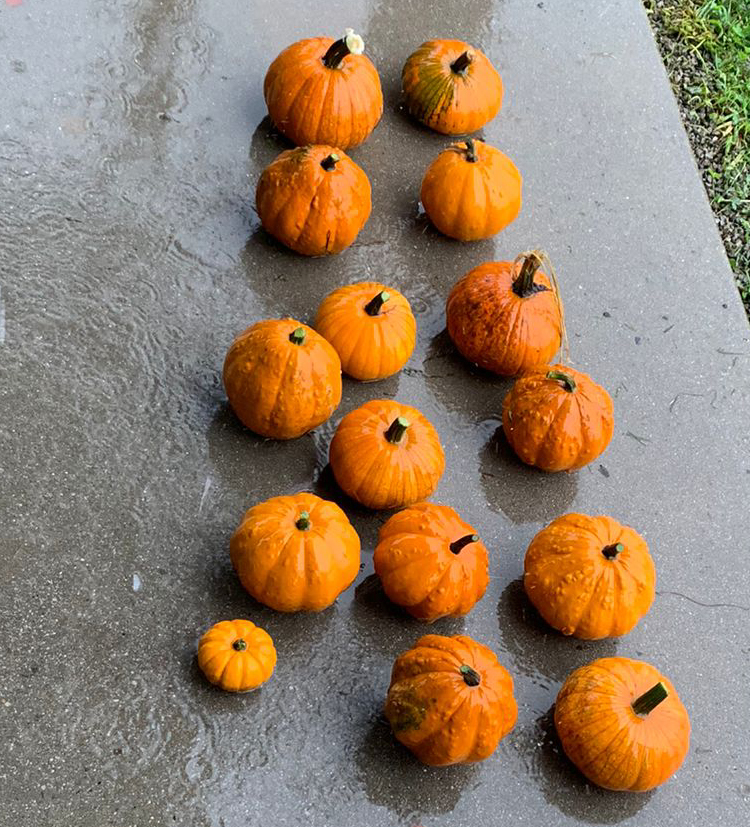 What of our actual, planned pumpkin patch, you ask? The one we planted? Well, it’s doing fabulous as well! I asked Mason to take pictures of the top contenders in that patch last weekend and I put them all in a meme for the family. Frank’s pumpkin is, by far, the biggest one that anyone in the family has ever grown! It’s a bit difficult to tell from the picture but it’s bigger than a large watermelon. And, it’s oblong because it’s growing downhill. I don’t dare try to make it upright for fear of breaking the stalk. As you can also see below, poor Max isn’t having a great season this year… 🙁 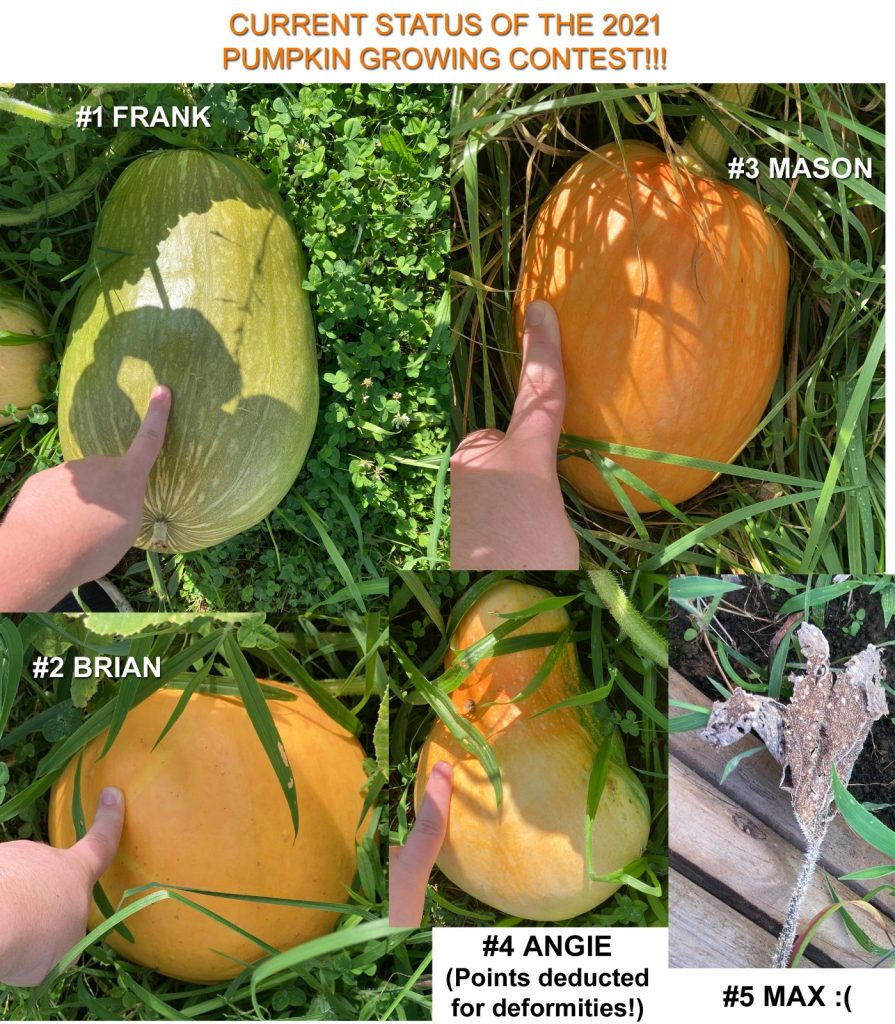 Print FriendlyPer last week’s issue of WritersWeekly, when Angela found the unique carrot, what did she suggest to the pastor? ***Please answer the trivia question using our contact form HERE. Do not post your answer in the comments section below.  You must be a WritersWeekly.com subscriber to participate in the weekly contests. Subscribe today. It’s free! NOTE: ONLY ONE WINNER PER HOUSEHOLD PER CALENDAR QUARTER, PLEASE. THIS WEEK’S PRIZE: A free print or ebook of your choice from Booklocker.com!           END_OF_DOCUMENT_TOKEN_TO_BE_REPLACED