My Foot Found the Hole in the Boat Floor! 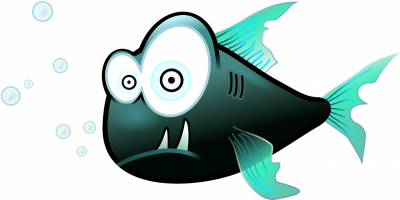 Last week, Capt. Brian Whiddon (the Managing Editor here at WritersWeekly and the Operations Manager at BookLocker) had the salon floor open while he was working on the engine. Knowing how graceful (ahem…) I am, he came into the floating home office several times to remind me so I wouldn’t fall through.

The floor has been opened many times since we moved onboard two years ago and I have never even come close to falling in. I am VERY cognizant when there is a gaping hole in the floor. Falling in can be very dangerous. There is metal, potentially some dirty, stinky, tetanus-laden water, and even rust. So, I am always hyper-vigilant.

Except, apparently, when I am carrying groceries. I had to run out to the store that day and, when I came back, Brian was working on the bow. He helped me get the groceries out of the dock cart, off the finger pier, onto the deck, and into the cockpit. Loading groceries (or anything) onto the boat is a multi-step, all-hands-on-deck process.

Once everything was in the cockpit, I told him I could finish getting it all inside. He said no, he’d help, and followed me into the cockpit. I opened the companionway door, grabbed some bags, and proceeded backwards down the slanted steps. Then, I turned around, took a step toward the settee, and instantly down I went.

Before my brain could even register that I was falling, my right foot was on the bottom of the bilge. My left leg was bent all the way, with my knee on my chest. And, I was still holding the groceries. Embarrassed as all get-out, I turned and, yes, Brian had seen the whole thing. He had one of those “did you seriously just do that?!” looks on his face. And, I stammered, “Oh yeah. There’s a hole in the floor.”

I put down the groceries, settled back on my haunches, and pulled my leg out of the floor. My foot had landed square and safe on the bottom of the bilge but my right leg had banged the engine, right where “pancake” (my hematoma from falling off the boat in November) is. It honestly didn’t hurt. Maybe my brain was still swirling with humiliating thoughts of the dumb blonde move I’d just accomplished.

I stood up, and inspected my leg. An attractive red welt was forming and swelling on the top side of pancake. It still didn’t hurt much so I stood up, swallowed my embarrassment, and ignored Brian’s jokes about wrapping me in bubble wrap each time I try to step on board.

I put away the groceries, sat down with my laptop, and got back to work. A few minutes later, my leg started to throb so I put a bag of frozen peas on it. It really was a non-issue. But, a few days later, after the swelling went down, I realized that there were now two knots in my leg. The top part of “pancake” had gotten torn away from the other part, which was really weird. The good news is pancake seems to be shrinking again. She doesn’t feel like she used to, all flat, firm and roudish. She’s now lumpy and odd shaped.

Maybe falling into the floor was just what she needed to start healing again! 🙂

A few days later, the yacht riggers were here to finish tuning the rigging after putting the mast back in. When they opened up the floor, Brian stepped in here and said, “Hey, Grace. You are NOT allowed out of this room until they leave!”

6 Responses to "My Foot Found the Hole in the Boat Floor!"

Print FriendlyPer last week’s issue of WritersWeekly, what stops criminals from writing about and, thus, profiting from their crimes? ***Please answer the trivia question using our contact form HERE. Do not post the answer in the comments section below.  You must be a WritersWeekly.com subscriber to participate in the weekly contests. Subscribe today. It’s free! NOTE: ONLY ONE WINNER PER HOUSEHOLD PER CALENDAR QUARTER, PLEASE. THIS WEEK’S PRIZE: A free print or ebook of your choice from Booklocker.com!           END_OF_DOCUMENT_TOKEN_TO_BE_REPLACED