My Dad Died on Black Friday – but NOT from Covid 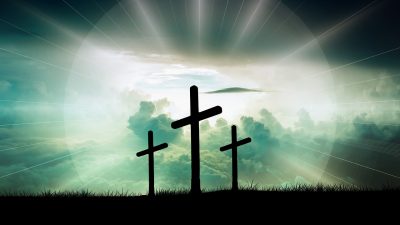 We did not send out an issue of WritersWeekly last week. I just wasn’t up to it. That’s only the third time we’ve skipped an issue in the past 20+ years. I’m sorry.

Two weeks ago, as I sat here writing my article, my dad was lying in a hospital bed in Texas. He’d had a stroke, was mostly unresponsive, and not expected to survive. I’d talked to my dad the Saturday prior and I learned of his stroke the following Monday. He was apparently talking one minute, and paralyzed the next. As the paramedics rolled him out, the last thing he said to Peggy, his soulmate of 15 years was, “I love you.” And, those were the last words he would ever speak.

At the hospital, they determined he could not breathe or swallow on his own. The decision was made to put him on a ventilator for three to five days to see if he would improve.

I sat here writing and working on that Wednesday. I didn’t mention it to any of you because, well, I honestly think I was disassociating. It didn’t seem real so, in my mind, it wasn’t. After our Managing Editor, Brian, and I finished the issue of WritersWeekly, and sent it out, I turned to him, and said, “Do you think there’s something wrong with me? I don’t feel…ANYTHING.”

He responded, “However someone responds to grief is the right response for them.” He lost his dad seven years ago after a long illness and he knew what I was experiencing.

The next day, Thanksgiving prep, cooking, and dinner came and went. That night, I just happened to be alone in the townhouse for a half hour (family was here, there, and everywhere) and I received a text from Peggy, telling me there was more bleeding on his brain and that we “had to let him go.”

And, that’s when I lost it. I don’t remember EVER crying like that. I was wailing and, frankly, relieved that nobody was in the house with me at the time. I’m surprised the neighbors didn’t call the cops.

About 20 minutes later, I grabbed a roll of toilet paper, and used a good bit of it on my eyes and nose. I stood up, left all the used wads on the sofa, and opened up a box of Christmas decorations. I went to work hanging this, that, and the other, busying myself because busy means you don’t have to think.

Brian arrived, saw the mounds of toilet paper on the sofa, and asked, “Um, having some sinus issues???” And, then I started crying again (but no wailing and body-wracking sobs that time). I HATE crying and I very rarely do it. I can’t share the reason why here. I’m sorry.

I talked to my younger brother that evening, and asked him if there was any way I could talk to my dad before they pulled the plug. Despite being on a ventilator (something my dad never wanted done to him), the doctors said he could still hear us (I’m not sure if that was true or not). My younger brother is a pastor in Texas and he said he’d make it happen. He was permitted in the hospital room because he was helping to make end of life decisions with Peggy. They were going to unplug my dad on Friday. I think they were waiting until after Thanksgiving so that our family wouldn’t associate every future Thanksgiving with my dad’s passing. But, now we’ll associate Black Friday with it. I detest Black Friday so that’s okay.

I spent all day Friday on my laptop, tearing up a bit at times, but really trying not to think about that phone call that was coming. And, it came at 4:13 p.m. I could hear my brother telling my dad I was on the phone, and he held it up to his ear. I was bawling and I hoped my dad would be able to understand me.

I told my dad that I loved him, and that he was always a good dad to me. Even though I wasn’t his biological daughter (he adopted me and my older brother when we were 5 and 6 after our dad died), he never, ever treated me like I wasn’t his. He spoiled me rotten growing up. I don’t remember him ever spanking me (though I was grounded QUITE a bit!). He taught me how to play pinochle, backgammon, and poker (ha ha). We would watch football together. We attended church as a family (I took comfort in that in the end, knowing he was a Christian). He attended my school functions, loved that I was on the golf team, gave me my first job at his real estate company, and had numerous friends in the community.

My dad wasn’t a saint by any stretch (oh, the stories I could tell!!) but he was always there for me and he always made sure I was taken care of. While some family members were not supportive of me over the years (that’s another subject I won’t go into here), he always remained steadfastly so. In my adult years, he never judged me, and would only give advice when asked. He didn’t gossip about other family members. He simply listened to us. If you told him something private, it would remain that way. He was extremely proud of me as a mother, and as a successful business owner. The entrepreneurial apple did not fall far from the family tree! He LOVED hearing about the new books we were publishing at BookLocker and, over the years, to his delight, I mailed him some of the history and political books we published – his favorite subjects!

For the last 15 years, his health was failing in a variety of ways and, every single time I talked to him on the phone, I wondered if it was the last time. Last Saturday, I was right.

I continued, telling my dad that I’d miss talking to him and that I’d see him “soon…but not TOO SOON because I plan on hanging out down here for another 20 or 30 years!” I know he chuckled inside at that. I said that Justin, Peggy, and I would keep checking in with each other and that he didn’t need to worry about us.

And, then I told him it was okay to go, said I loved him one final time, and hung up.

He died at 4:19 p.m. My brother reported his passing was peaceful. There is no funeral planned, and may never be one because of Covid, but he was blessed during his passing and he’s no longer in that body so no funeral is okay with me. I know that Jesus is happy that my dad attended church with his children, giving them the chance for salvation as well.

During my last conversation with my dad, he was extremely lucid. I could understand everything he said. He sounded better than he had in years! One of the last things he said to me was that he wanted to “fly to Florida to see all of us.” I thought that was an odd thing to say because he could barely walk in the end, fell frequently, couldn’t sleep, had tons of doctor appointments, and was on numerous medications. Knowing it would never happen, I responded with, “Oh, okay! That would be great!”

Little did I know that, just six days later, my dad’s spirit would leave his body, and that he’d be able to fly to Florida to check on us whenever he wants. 🙂

Print FriendlyAccording to last week’s issue of WritersWeekly, what percentage of consumers in 2020 claimed they’d like to see more video content from brands? ***Please answer the trivia question using our contact form HERE. Do not post your answer in the comments section below.  You must be a WritersWeekly.com subscriber to participate in the weekly contests. Subscribe today. It’s free! NOTE: ONLY ONE WINNER PER HOUSEHOLD PER CALENDAR QUARTER, PLEASE. THIS WEEK’S PRIZE: A free print or ebook of your choice from Booklocker.com!           END_OF_DOCUMENT_TOKEN_TO_BE_REPLACED