I Made My Kid Sick! 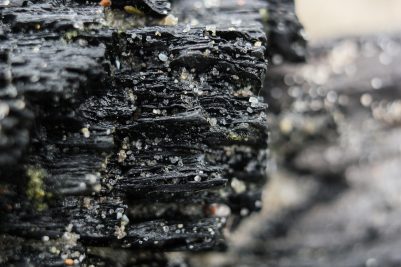 We have a dehydrator, which is great if you’re going to dry and store fruits and veggies in case, you know, the poop hits the fan. It’s not so great for beef jerky…for substandard cooks such as myself anyway.

I made two batches of jerky in the dehydrator last week and they came out like black tree bark. Sure, they taste good but I’m not sure they’re worth getting a broken tooth or two. Worse, homemade beef jerky doesn’t have nitrates in it so it’s safer to keep it in the fridge. Even then, it doesn’t last weeks or month. Two weeks tops.

So, since we had to keep it in the fridge anyway, I researched making jerky in the oven. And, I FINALLY made a perfect batch on the very first try!

Here’s what I did:

1. Bought very lean beef
2. Sliced it 1/4″ thick (and cut off all fat that was large enough to actually cut off)
3. Marinated it in a Ziploc bag overnight
4. Lined a large cookie sheet with foil
5. Sprayed the foil with olive oil
6. Laid the beef out in strips (I did not pat it dry like the Internet advised)
7. Cooked it at the lowest setting (175) for 3 hours

Seriously. It turned out PERFECT!

I had too much beef for one batch so Max (age 19) asked me to make a spicy batch for him. So, I pulled out more strips, and laid them on the foil in the cookie sheet. I then sprinkled red pepper flakes (lots and lots and lots) on them, poured hot sauce (Texas Pete’s) in a bowl, and used a brush to “paint” that onto each strip. Three hours later, voila! Max LOVED IT!!!

This morning, I dropped Max off at welding school. Two hours later, he called me, asking me to pick him up. He said he wasn’t feeling well. Turns out my jerky is so good that he ate THE ENTIRE BAG. It had started out as 2 lbs of beef.

I hope I don’t have to call the plumber…

Print FriendlyAccording to last week’s issue of WritersWeekly, what percentage of consumers in 2020 claimed they’d like to see more video content from brands? ***Please answer the trivia question using our contact form HERE. Do not post your answer in the comments section below.  You must be a WritersWeekly.com subscriber to participate in the weekly contests. Subscribe today. It’s free! NOTE: ONLY ONE WINNER PER HOUSEHOLD PER CALENDAR QUARTER, PLEASE. THIS WEEK’S PRIZE: A free print or ebook of your choice from Booklocker.com!           END_OF_DOCUMENT_TOKEN_TO_BE_REPLACED