How I Accidentally Ordered 96 Cheese Danish… 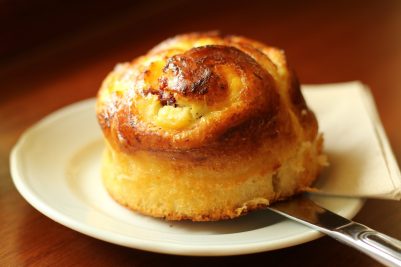 There was no flour to be found online or in the store one day last week but I DID find some at a baking supply company. I ordered a couple of bags and then poked around on the site a bit. They had some pretty cool stuff! Not anything that I am talented enough to use (I’m known for being a pretty bad cook) but pretty cool all the same.

The problem is, I could NOT seem to get back to the cart to buy my flour. I finally figured out that I had to add another item to my cart in order to click on the cart. So, I just clicked on a random item and I THOUGHT I deleted it from the cart but apparently I did not.

Today, I ran by UPS and there was a refrigerated box waiting for me. A very LARGE box. Puzzled, I cut it open in the truck to investigate. I was hit with a blast of “bread” smell (yeast) and found ice packs inside. I kept digging, cutting through some bubbled foil wrapping. And, that’s when I found 25 lbs. of DOUGH! I am not kidding. A 25 lb. box of dough!!

Also in the box was cheese filling. The label said: Cheese Danish – 96 ct.

Everyone here had a good roar over my mistake and Richard has been baking all day long, and putting them in the freezer. After this is all over, I will probably never want to eat a cheese danish again… 😉

4 Responses to "How I Accidentally Ordered 96 Cheese Danish…"

Print FriendlyPer last week’s issue of WritersWeekly, what was the 5th most-read link on WritersWeekly in 2021? ***Please answer the trivia question using our contact form HERE. Do not post your answer in the comments section below.  You must be a WritersWeekly.com subscriber to participate in the weekly contests. Subscribe today. It’s free! NOTE: ONLY ONE WINNER PER HOUSEHOLD PER CALENDAR QUARTER, PLEASE. THIS WEEK’S PRIZE: A free print or ebook of your choice from Booklocker.com!           END_OF_DOCUMENT_TOKEN_TO_BE_REPLACED