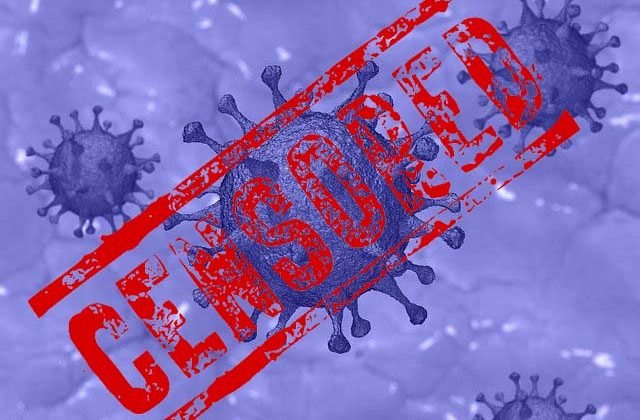 * Big Tech
Lawmakers fix sights on Amazon, Apple, Google, etc.
House lawmakers introduce Big Tech bills that could break up Amazon, Google and others
“The most aggressive of the five bills, which addresses concerns about tech giants using their control over multiple business lines to favor their own products or to suppress rivals, opens the door to breakups of the companies if they don’t comply.”

* Journalism
Maybe NOT Getting a Pulitzer is a Sign of Quality Journalism!
Critics slam Pulitzer Prize after NY Times honored for coronavirus coverage: ‘Award has lost all meaning’
“‘The Pulitzer Prize has become just another incestuous institution that awards its friends and ignores merit,’ Spectator Washington editor Amber Athey told Fox News.”

* Journalism
If Journalists Think THIS is Bad, They Should try Being a Cop for a Day.
Journalists Demanding more Action Against Online Harassment
“Journalists are often subjected to racist or sexist slurs, vile insults and threats of rape, dismemberment or other violence from online readers.”

* Censorship
Much of the “Misinformation” Facebook Tried so Hard to Suppress is Turning Out to be TRUE!
Carlson on Censorship: 23-Year-Old Oberlin Grads at Facebook Think They Know More About COVID-19 than a Wuhan Virologist
“Big Tech will no longer allow any questions about vaccines even from Harvard-trained immunologists who are quoting government data.”

* Academia
Maybe we Americans Should Listen More to People who Lived in Dictatorships
North Korean defector says ‘even North Korea was not this nuts’ after attending Ivy League school
“It only got worse from there as Yeonmi realized that every one of her classes at the Ivy League school was infected with what she saw as anti-American propaganda, reminiscent to the sort she had grown up with.”

* Publishing News
Major Textbook Publisher Sold
McGraw Hill sold by Apollo Global Management
“McGraw Hill provides textbooks and digital-learning tools and platforms for higher education, grade-school districts and a variety of other academic institutions and companies. Its products are distributed in more than 100 countries around the world.”

* Big Tech
Even a Hard Core, Anti-Establishment Rock Star Hates Facebook!!
Roger Waters Slams Mark Zuckerberg After Rejecting Facebook’s Offer to use Pink Floyd song.
“It arrived this morning, with an offer for a huge, huge amount of money,” Waters revealed. “And the answer is, ‘F—k you. No f—in’ way.'”

* Free Speech
The World was Warned – and Now it’s Happening.
Apple Daily: Hong Kong Police Raid Offices of Pro-Democracy Paper, make Arrests
“Sunny Cheung, an activist who has been in exile from Hong Kong after a warrant was issued for his arrest, told Fox News in a phone call that the raid shows the Chinese Communist Party’s effort to repress press freedoms.”

Print FriendlyPer last week’s issue of WritersWeekly, what is one reason a freelancer might get sued? ***Please answer the trivia question using our contact form HERE. Do not post your answer in the comments section below.  You must be a WritersWeekly.com subscriber to participate in the weekly contests. Subscribe today. It’s free! NOTE: ONLY ONE WINNER PER HOUSEHOLD PER CALENDAR QUARTER, PLEASE. THIS WEEK’S PRIZE: A free print or ebook of your choice from Booklocker.com!           END_OF_DOCUMENT_TOKEN_TO_BE_REPLACED