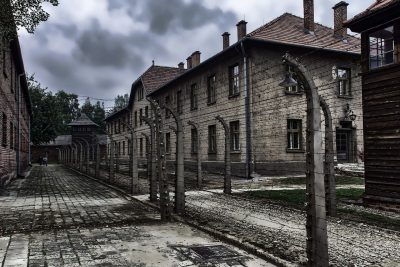 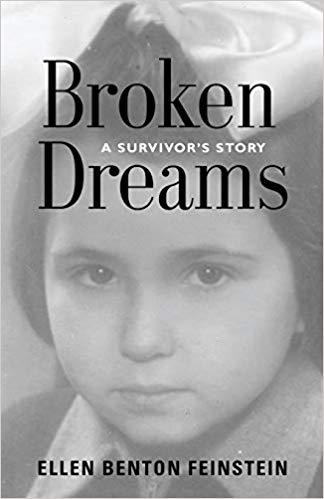 As a Jewish child born in Poland at the outbreak of World War II, my childhood was anything but ordinary.

So, when my daughters started asking me about my personal history, I decided that it would be easier to explain my complicated story in writing. When I started writing down the details of my past, I realized how much I didn’t know about my own background, and my early years of wandering through Austria and Germany before finally reaching America , the “land of milk and honey.”

Like many survivors, my adoptive parents were reluctant to talk about the war years. My questions were usually brushed off with, “When you get older, you’ll understand.” But here I was, in my 60s, and I still didn’t understand.

So, one day I took my mother to lunch, and asked her to tell me everything she could about my background while I took notes. Over the following weeks, I had barely had time to digest the information she had given me, and to think of many new questions that I intended to ask her, when she had a massive stroke and was not able to tell me anything more. So I used the things I remembered, things I had heard from others, and things my mother told me, and I started writing my memoir: BROKEN DREAMS: A Survivor’s Story

This autobiography is not just a collection of dry facts. I share with the reader my most intimate ideas about morality, philosophy, religion, and a number of other subjects. There are also some humorous anecdotes, like a story of tomato soup and the pink socks with heels. As I wrote this book, I acquired a world of new insights, including the heartwarming fact that I have a loving brother, whom I was not aware of for many years, and a whole wonderful family living in California.

I had been working on the book, and was writing the part about my relationship with my mother, when she died on November 10, 2009. My writing came to a screeching halt and I could not get myself to pick up the manuscript for four years while I struggled with feelings of guilt and love, resentment, and gratitude. I had been emailing excerpts to a friend, who then forwarded them to her sister, who was in remission from cancer. When the cancer recurred, she told my friend, “I hope Ellen finishes her book before I die because I really want to read it.” That did it! I resumed my writing that very day, and didn’t stop until the memoir was completed. By the way, I’m happy to report that the sister is still alive and doing well. She had some very nice things to say about my book.

There is another aspect to this story. Anti-Semitism is on the rise, not only in America, but throughout the world. This is due in large part to the fact that very little — if anything — about the Holocaust is taught in our schools today. It is easy for a Holocaust denier to refute the statement that 6,000,000 people were killed by the Nazis. It is not so easy to repudiate a detailed personal account of events as told by a survivor. Every day, fewer and fewer survivors are left to give a first-hand description of the horrors of war. It is therefore urgent and of vital importance that as many of these personal stories be written, read, and discussed as possible.

About Broken Dreams – A Survivor’s Story:

The current rise in anti-Semitism is due, in part, to the fact that the younger generations know almost nothing about the Holocaust, other than the fact that six million Jews were killed. The heart and the mind do not connect with a number, so this fact has little meaning for the reader.

We tend to make an emotional connection with the personal story of someone who suffered during and after the war. That’s why it is important for survivors to tell their stories. The number of survivors dwindles daily, giving a sense of urgency to this project. The devastation of war does not end when a peace treaty is signed; the destructive aftermath of war can continue for generations.

This book tells the story of one family that was torn apart by World War II. Acting on a promise she made to her sister—who was killed by the Nazis—Eda found and adopted her sister’s child, Ellen (the author), who was hidden during the war by a Polish Catholic family. This set up a life-long love-hate mother-daughter relationship, filled with sacrifice, guilt, and resentment, as described in the heart of the book.

The family endured many hardships—including six months in a “Displaced Persons” camp, and a difficult sea voyage—to escape from Poland to America, only to find that they cannot escape the psychic damage of the war. Their psychic scars are manifested in their interactions with each other, as well as with the people they encounter. The final chapter reveals how the daughter, after thinking for more than seventy years that she was an only child, discovers that she has a brother living in California.

This book is available from the publisher, BookLocker.com, as well as from Amazon, BarnesandNoble.com, and many other stores. If purchasing from BookLocker, use this discount code when checking out to get 10% off: BACKSTORY

Ellen Feinstein was born in Poland at the start of World War II. After many difficult transitions with her adoptive parents, she arrived in America at the age of nine, with much to learn about the language, customs, and traditions that were second-nature to American children. She and her husband now divide their time between St. Louis and Seattle; they have two daughters.

Print FriendlyPer last week’s issue of WritersWeekly, when Angela found the unique carrot, what did she suggest to the pastor? ***Please answer the trivia question using our contact form HERE. Do not post your answer in the comments section below.  You must be a WritersWeekly.com subscriber to participate in the weekly contests. Subscribe today. It’s free! NOTE: ONLY ONE WINNER PER HOUSEHOLD PER CALENDAR QUARTER, PLEASE. THIS WEEK’S PRIZE: A free print or ebook of your choice from Booklocker.com!           END_OF_DOCUMENT_TOKEN_TO_BE_REPLACED