If Your Publisher Violates One Contract Clause, Does That Void The Entire Agreement? by Harvey Randall, Esq. 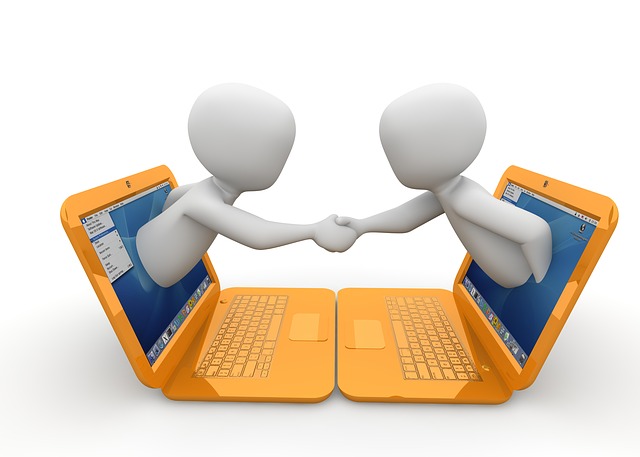 Whether it’s your first book or your twenty-first book, there is always that thrill when opening a letter from a firm offering to publish your work, and asking you to sign a contract “to make it happen.” Resist the temptation to immediately sign the agreement. Instead, sit down, and read the terms and conditions that you will be required to meet, as well as the obligations being undertaken by the publisher in “making it happen.”

A contract is an agreement between two parties as the result of what lawyers describe as the acceptance of an offer for consideration. What is an offer? Simply stated, a publisher might write you, and state that if you send the company X dollars, it will design, publish, and distribute your book [the offer]. The act of sending the company the amount of money requested, X dollars — “the consideration” — constitutes your “acceptance” of the publisher’s “offer” to design, publish, and distribute your book.

In other words, by “accepting” the publisher’s “offer,” and sending money to the publisher — the lawful “consideration” — you have both met all the requirements necessary to create an enforceable contract between you and the publisher.

In contrast to a public law created by a governmental body, and which applies to all entities in the jurisdiction, a contract is a “private law,” and governs only the conduct of the parties to the agreement. As long as it is lawful to so agree, the terms and conditions set out in the agreement are enforceable should one of the parties “have second thoughts” concerning performing any of its obligations set out in the contract.

A contract may be oral or written. Oral contracts work well only as long as no disagreement arises between the parties concerning a term, condition, or obligation to be performed pursuant to the agreement. Should a problem be encountered, however, the difficulty is trying to prove what the parties did, in fact, obligate themselves to do or refrain from doing.

It’s not simply a matter of “I didn’t say that.” There could also be problems arising as the result of a party claiming “You misunderstood, I didn’t mean that” or “I didn’t think you meant that” or “Yes, we discussed that, but I said no!” In such cases, it could be argued that “there was no meeting of the minds” with respect to coming to an agreement and, thus, no contract ever came into being. Indeed, for this reason in certain situations, such as the purchase of real property, only writings providing for the transfer the ownership of the property will be enforced by courts.

The written agreement avoids such problems to a large extent. While there may be questions of “contract interpretation” to be resolved, the text of the agreement is there for all to read.

Should there ever be litigation involving a disagreement involving a written contract, the court or the arbitrator will look to the “four corners of the writing” to determine whether or not a party has satisfactorily complied with, or fulfilled a term or condition set out in the contract. Accordingly, both the author and the publisher should insist on a “written agreement” when entering into a business relationship. If a term, condition, or obligation is not in writing, and signed by both of the parties, it does not exist.

Fine, we now have a lawful written contract. The failure of a party to meet one or more of its contractual obligations is called a breach of contract. It has been reported that some authors have assumed that, in the event a publisher “doesn’t adhere to one part of their contract,” the contract becomes invalid. Such is not at all the case. Indeed, contracts typically indicate how disputes arising under them are to be resolved — either by arbitration or through litigation in the courts.

The cure available to the party successfully claiming that there was breach of contract: specific performance. In other words, you promised to do it, now do it.

In addition the injured party may be awarded monetary damages for such things as “lost book sales” or “reprinting the work correctly.” The author may also be able to prove “consequential damages,” and recover for those losses as well. On the other hand, an author who fails to live up to his or her contractual obligations may be found liable for the payment of damages to the printer or publisher.

Columbia University Law School has posted a sample “Literary Author Contract” on the Internet. The posting includes links to “Sample Clauses – Some Good, Some Bad”; “Sample Contracts – Some Good, Some Bad;” “Model Contracts;” and other items that may prove helpful to an author considering entering into a contract with a publisher.

Again, remember that, when it comes to contracts, the BIG PRINT GIVETH, the small print taketh.

Before signing the proposed contract, consulting with an attorney is often worth the investment of the fee he or she would charge to review the terms and conditions set out in the agreement, and answer any questions that you may have concerning the obligations you, as the author, and the publisher will be assuming.

If the proposed contract contains a term or condition that you do not like, it should be discussed with the publisher to see if your objection can be resolved to the satisfaction of the parties. If resolved to your satisfaction, fine. If not, there may be other companies interested in working with you to publish your book.

BookLocker Has a Fantastic Offer for Victims of Defunct Tate Publishing (and other firms)! Move to BookLocker for as little as $78! (And, get your book back on the market in as little as 2 weeks.)

THE CONTRACT CLAUSE THAT SHOULD BE ILLEGAL!

SELF-PUBLISHING CONTRACT FINE PRINT EXPOSED: Who Can Keep Selling Your Book For A YEAR After Termination? By Angela Hoy

Even Friends Need a Contract!

Four Questions You MUST Ask POD Publishers BEFORE Signing a Contract! By Angela Hoy

Harvey Randall, who is published by BookLocker.com, currently edits and publishes a LawBlog focusing on Public Personnel Law. He formerly served with the Central Administration of the State University of New York and the New York State Governor’s Office of Employee Relations. He has an MPA from the Maxwell School, Syracuse University and a J.D. from Albany Law School. His articles have appeared in a number of periodicals including Private Pilot Magazine, The Review of Popular Astronomy, New York State Municipal Lawyer and Computer Dealer Magazine.

THE DISCIPLINE BOOK: Essentials of Discipline of Officers and Employees in the Public Service – New York State Edition

A Reasonable Disciplinary Penalty Under the Circumstances: A Concise Guide to Penalties That Have Been Imposed on Public Employees in New York State

One Response to "If Your Publisher Violates One Contract Clause, Does That Void The Entire Agreement? by Harvey Randall, Esq."

Print FriendlyPer last week’s issue of WritersWeekly, what is one reason a freelancer might get sued? ***Please answer the trivia question using our contact form HERE. Do not post your answer in the comments section below.  You must be a WritersWeekly.com subscriber to participate in the weekly contests. Subscribe today. It’s free! NOTE: ONLY ONE WINNER PER HOUSEHOLD PER CALENDAR QUARTER, PLEASE. THIS WEEK’S PRIZE: A free print or ebook of your choice from Booklocker.com!           END_OF_DOCUMENT_TOKEN_TO_BE_REPLACED