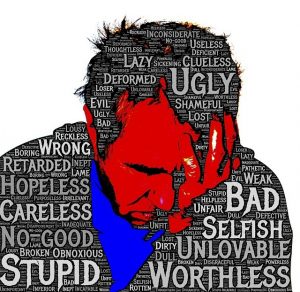 When starting out as a freelance, there’s a lot of advice to help you out. From writing skills to finding clients, it’s never been easier to learn how do freelance work. But what about after your work has been published?

If you ever write for an online publication that comes with a comment section, there’s another element people won’t tell you much about; the reader comments. Sometimes they’re nice, sometimes they’re supportive, and sometime’s they’re…not.

So, what kind of bad comments can you expect, and how should you treat them?

The Error You Didn’t Make:

“For ‘Top 10 Dog Breeds for Families’, it says that poodles can reach a height of 38ft. I think you meant 38cm, author!”

Sometimes you get called out in the comments for a mistake that you didn’t make. This may sound like a strange situation to be in, but when editors edit your work, sometimes bits and pieces can be changed in a way where a fact becomes incorrectly presented.

If this happens, it’s crucial not to defend yourself in the comments by outing the editor. Mistakes happen, but they’re not solved by pointing fingers and redirecting blame to someone else. Let your editor know of the error and hopefully they’ll fix it. If you’re getting the blame for a lot of mistakes you never made, it’s best to either talk to the editor about it, or find a different place to write for.

“Really? Golden Retrievers didn’t make the list? They’re literally one of the most popular breeds in America and wouldn’t hurt a fly. Come on, now.”

As much as it stings, constructive criticism is the best way for a writer to learn how to perform their work the best. Of course, if all commenters approached you with boxes of chocolates and ‘Sorry!’ greetings cards, they wouldn’t be so painful. Unfortunately, they never do!

Constructive criticism can come in many shapes and forms, so make sure you spot them when they appear. They can range from the apologetic critique to blunt, cynical statements. When you do spot them, try to see the statement at the commenter’s level and see what they’re truly asking for.

Be very careful with what critique you accept. Accepting too much critique will cause you to lose your voice; accepting too little will make you stagnate. Really internalise what the commenter is saying and see what you can do about it.

“What an awfully written list. Whoever wrote this should seriously be fired. Honestly, I think this braindead idiot writer never owned a dog in their entire life.”

Always the worst ones, personal attacks happen when a commenter reaches past the article and points directly at you.

If you find one of these on one of your articles, try to glean as much constructive criticism from it as you can. Sometimes you’ll have to dig for it, but it’s there (“You put the Doberman on this list? Are you seriously stupid?”). Otherwise, leave it be. People often say you need thick skin as a freelance writer in order to handle critique, but when it comes to attacks directly against you and your abilities, sometimes you feel you need armour plating instead!

If you find that a particular website you write for is really bad with the personal attacks — perhaps they’re frequent, or the people there take a step further and bring the heat to your website or social media account — perhaps consider writing for a different client for your own health’s sake.
Conclusion

While freelance writing can be a lot of fun, writing for publications that allow comments and ratings can be stressful. Unfortunately, comments are a key way of learning the impact of your writing, so you should really try your best to dive in and see what people are saying.

If you find yourself fearing the comments on your articles, perhaps move into something like business writing, where the critiques you’ll get are from the people you work with and will almost always be constructive (and if not, they’re probably not worth working for in the first place!). Take care of yourself, learn from your mistakes, and stay strong.

Should You Pay To Have Someone Give Feedback On Your Manuscript?

Answer Critics Before The Criticism Begins By Angela Hoy

I’m Not Afraid of Judgement or Rejection By Carolyn Rhodes

S.E. Batt is a freelance writer and author. He enjoys a good keyboard, cats, and tea, even though the three of them never blend well together. You can follow his antics over on Twitter at @Simon_Batt or his fiction website at www.sebatt.com.

Print FriendlyAccording to last week’s issue of WritersWeekly, before you can determine if your book is going to be successful, what do you have to define?? ***Please answer the trivia question using our contact form HERE. Do not post the answer in the comments section below.  You must be a WritersWeekly.com subscriber to participate in the weekly contests. Subscribe today. It’s free! NOTE: ONLY ONE WINNER PER HOUSEHOLD PER CALENDAR QUARTER, PLEASE. THIS WEEK’S PRIZE: A free print or ebook of your choice from Booklocker.com!         END_OF_DOCUMENT_TOKEN_TO_BE_REPLACED