A BALLSY Move! Using YOUR Picture as the Lead Character On YOUR Book’s Cover – by Khalil A. Barnett 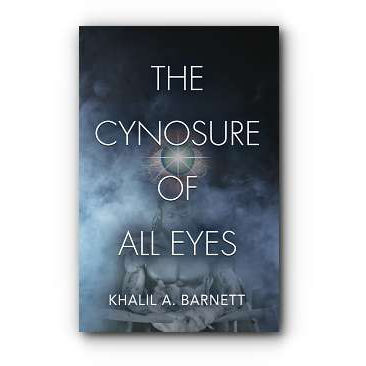 To be clear, my book, The Cynosure of All Eyes, is FICTION. This disclaimer bears relevance in light of the fact that I used an image of myself on the cover of the book as  the protagonist, Wade Occam Cooper. A ballsy move, to be sure. For a number of reasons. Not the least of which being that the story, it’s right there in the synopsis, has a lot of sex in it. Imagine that conversation with mom! “Look, mom… Fair warning…”

If you’re imagining that conversation to be awkward, you’re spot on, and we can be friends. But, the awkwardness of it captures, in a microcosmic sense, the challenge for me as a writer to journey past a natural host of anxieties associated with the business of putting oneself out there – to but judged and weighed by the world.

“Look at this arrogant fool who put himself on the cover of his book!” a jeering voice rings in my mind that I imagine some readers will have upon seeing it. And, then when they read some of the things that the character does inside – oh boy! “How does this guy, a Don Quixote of sorts, fancying himself an Adonis, ever manage to stand upright while carrying around the weight of all that ego?!”

But, therein lies both the rub and the benefit of the courage necessary to walk out onto the plank of impersonal appraisal. And, again, Wade’s story is purely fictional. His plights, however, and his existential dilemmas, personal demons, body dysmorphia, struggles with depression, and enduring desire to do something of value with his life, are all anything but. They’re true to life with the capital letter T, and relevant to anyone with some knowledge of the daunting task of repairing their self-image after a consistency of over twenty solid years of utter despair.

That’s what Wade Occam Cooper is, a depression sufferer. But, when he finally finds a medication for his condition that clears up the fog a bit, his subconscious overcorrects the many years of his life lost to said fog by creating an alter persona of an exaggeration of his ideal self – one characterized by raw boldness, bombast, and enough audacity to make Giacoma Casanova blush!

Also, I know a bit about depression myself. And, Wade? He looks like me in the sense that he is a fitness man, a fighter, and has long locked hair. Who better, I thought, than myself to put on the cover to represent him?! I talked with Angela at BookLocker and her response was, “Arrogant? I don’t think so. Unusual? Definitely! Interesting? Also definitely. I think it’s actually a clever idea! Go for it!!”

My talented cover designer at BookLocker, Todd, also agreed that maybe it could work. Turns out it did! 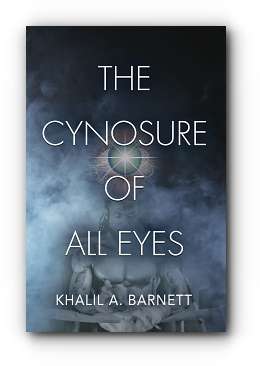 But, again, this story is fiction. Really! I did learn something, however, that is very much nonfictional in the writing and presentation of it. Or, rather, I rediscovered and dusted off old principles taught to me by my literary heroes and teachers. That is the importance of brutal honesty, scrupulous effort – fearlessness. Indeed, it takes courage not only to write for a real flesh and blood audience, but also much more of it than I could have ever imagined to take this gamble on the cover with myself as an avatar for the story inside. But, Wade Occam Cooper’s story needed to be told, and it needed to be told in this way. Warts and all!

Being shy doesn’t get us very far in life…not writers anyway. Neither does flinching when staring down the gray beast of Fear standing between you and the horizon – that grand, proverbial unknown.

So, here we are. Hey! By the way, did I mention that my book is fiction?

Have you, too, done something “ballsy” or unconventional in/on your book and/or your book promotion? We’d love to hear about it! Please share in the comments box below. 🙂 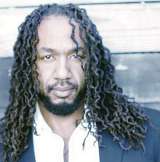 An alumni of the University of Central Florida, Khalil is a prose writer, screenwriter, and martial artist living and working in Orlando, Florida. He published his first book, Guerillas, is 2001. And he wrote the screenplays for the short films, The Way: Fighters Twitch, which was in the 2014 Orlando Film Festival, and Dry Land Swim, which was in the Urban Action Showcase International Film Festival of 2019. The Cynosure of All Eyes is his second novel.

One Response to "A BALLSY Move! Using YOUR Picture as the Lead Character On YOUR Book’s Cover – by Khalil A. Barnett"

Print FriendlyPer last week’s issue of WritersWeekly, what was the 5th most-read link on WritersWeekly in 2021? ***Please answer the trivia question using our contact form HERE. Do not post your answer in the comments section below.  You must be a WritersWeekly.com subscriber to participate in the weekly contests. Subscribe today. It’s free! NOTE: ONLY ONE WINNER PER HOUSEHOLD PER CALENDAR QUARTER, PLEASE. THIS WEEK’S PRIZE: A free print or ebook of your choice from Booklocker.com!           END_OF_DOCUMENT_TOKEN_TO_BE_REPLACED