When YOU Should REJECT a Publishing Contract! By Aaron Emmel 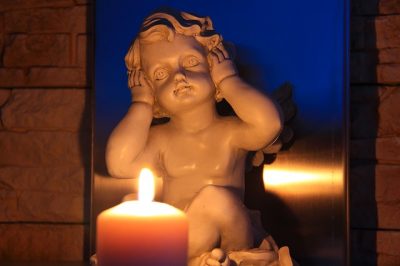 It’s hard to turn down a publishing contract, even when you know you shouldn’t sign it.

Last year, I had a short story accepted for a promising-looking anthology. Unfortunately, when I received the contract, I saw that it asked for almost all of my rights. It was as if the publisher had found a summary of authors’ rights online, and simply decided to copy and paste the entire list.

Writers are generally advised to give publishers the rights they need for a project, and keep the rest. I wanted to assume the publisher was merely uninformed, and not unethical, so I kept my reply courteous. “The list of rights being requested does not seem standard for an anthology,” I wrote, and referred them to this website (http://www.sfwa.org/2009/07/model-contract-anthology/) for a “model” contract.

The publisher’s response was that the website I had linked to was old, and should be updated to reflect current market realities. They needed as many rights as possible, they indicated, in case they decided to produce the print book in alternative formats as time went on.

I informed them that I was fine with providing audio and digital rights, but that I would need additional compensation for reprint rights or dramatic rights, which would allow them to turn my story into a movie, play, or TV show.

The reply: “We like covering all bases here.” Besides, “would you not want us to have the work translated into a live or animated production?”

The answer to that was easy: no. In the unlikely event that I received a movie offer, I wouldn’t want to have to refer it to my onetime anthology editor. And the fact that a publisher would insist on a right associated with my work that had nothing to do with their own product, just in case it ever came into play, confirmed that they weren’t presenting me with a win-win scenario.

The exchange concluded shortly thereafter. The publisher tried one more time to convince me, but they wouldn’t budge on their end. I knew that declining the offer was the right thing to do, both for myself and for any other writer who wants to work in a fair market. Still, hitting “Send” on that final email was tough. My story didn’t have a home and I didn’t know if it ever would.

Fortunately, it turned out not to be a sacrifice. This week, I signed a new contract for the story, with a different publisher using a reasonable contract, and it’s scheduled to come out almost exactly a year after I turned down the old one. It’s always exciting to get an acceptance letter, but this one was particularly satisfying.

Getting Pooped Upon…and Six Other Reasons to Reject a Client

12 Ways To Get Quickly Rejected By An Editor

Query Rejected? You May Not Have to Take No for an Answer

Aaron Emmel’s stories and articles have appeared in dozens of publications. His new interactive science fiction adventure, The Midnight Legion: Operation Deep Sleep, is available from Studio 9. Find him online at http://www.aaronemmel.com.

One Response to "When YOU Should REJECT a Publishing Contract! By Aaron Emmel"

Print FriendlyPer the 6/24/22 issue of WritersWeekly, quote one of the complaints about AuthorHouse. ***Please answer the trivia question using our contact form HERE. Do not post your answer in the comments section below.  You must be a WritersWeekly.com subscriber to participate in the weekly contests. Subscribe today. It’s free! NOTE: ONLY ONE WINNER PER HOUSEHOLD PER CALENDAR QUARTER, PLEASE. THIS WEEK’S PRIZE: A free print or ebook of your choice from Booklocker.com!           END_OF_DOCUMENT_TOKEN_TO_BE_REPLACED