The Furry New Tornadoes INSIDE Our House! 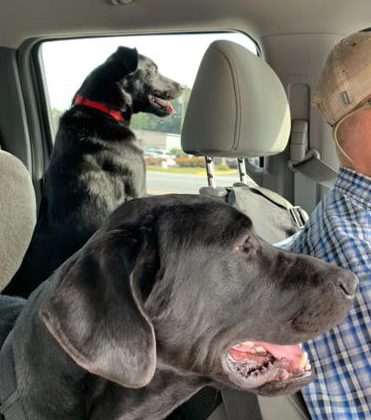 We have been wanting to adopt two rescue dogs ever since we moved here in May. However, we had contractors here for awhile, the mass mayhem of moving in, contracting Covid, a month of babysitting our grand doggies, minor toe surgery, a short trip, and much more.

Early last week, we were finally able to contact the local Humane Society and, three days later, we became the new parents of Tank and Moon. Tank was previously named Buda but he did not respond to that name. And, since he clearly didn’t like it, and we didn’t like it, we changed it. Moon was previously named June. We picked a rhyming name that fit her perfect. She’s the DARK side of the moon. She definitely did not look like a June.

Tank and Moon were previously owned by a couple in their 30s who surrendered them because they were moving. The guy at the Humane Society was noticeably upset about that. He said, “Last time I checked, they still allow dogs in that state…”

Tank was adopted out a week prior but he was brought back because he wouldn’t play with that person’s dog. We think it’s because he missed his sister, Moon. 🙁

We had notified the Humane Society that we wanted two dogs, and that we didn’t want heavy shedders. (Two family members who visit often have dog allergies.) We’d seen Tank and Moon on their website, and instantly fell in love.

When we arrived, they put Tank and Moon in the play yard, and led us back there. As soon as I saw them romping around through the windows, I got all teary eyed. We were already in love with them!!

We went outside and, boy oh boy, were they happy to see us!!! Tank immediately took a HUGE poop, and wanted to play fetch. Moon was a bit nervous at first but, after 10 minutes, she was jumping all over us with excitement, too.

Both are black lab mixes. I admit that the pictures online made Tank look QUITE a bit smaller than he actually is. We learned later that he is part Great Dane. And, Moon is part Australian Cattle Dog.

On the way home, we repeatedly told them that we would NOT be taking them back no matter what.

Here are our new babies! 🙂 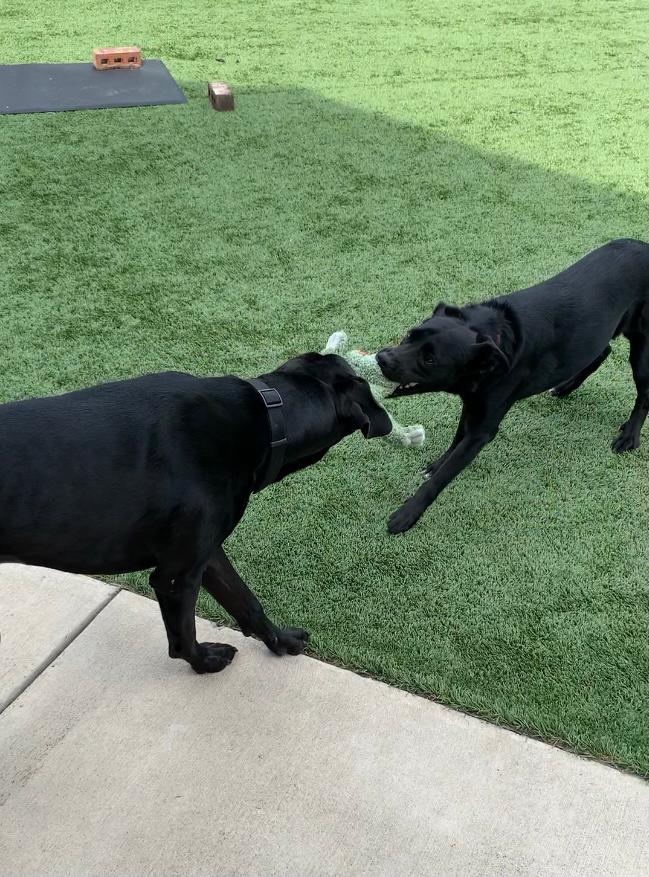 After our introduction, Tank and Moon showed us how much fun they have playing together. 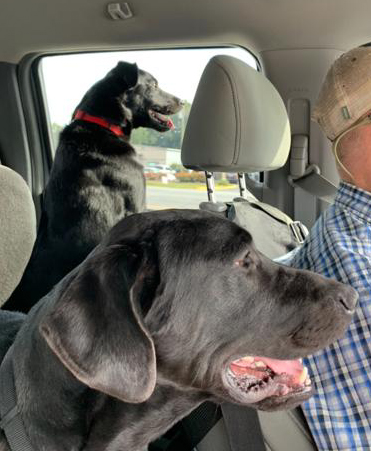 Heading to their furever home! 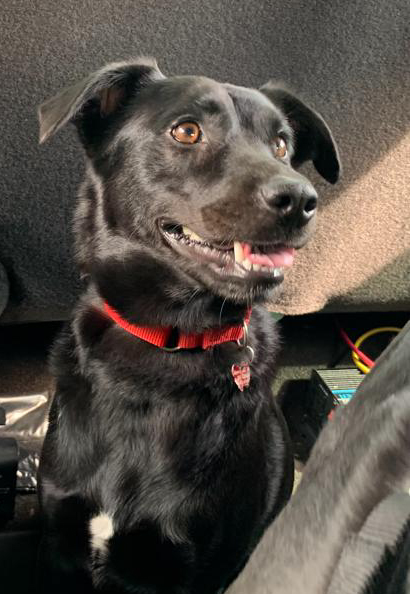 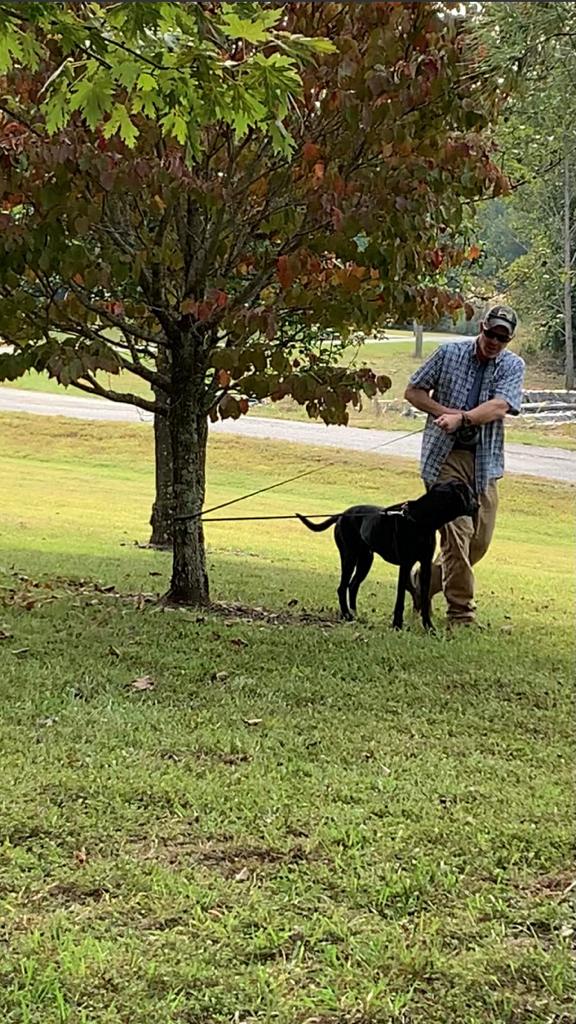 Ha ha ha! Pretty sure Tank did this on purpose!! 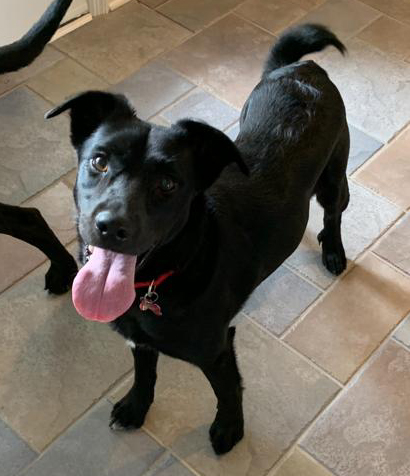 Moon approves of her new digs!

Tank approves of his new toys (We went to Petco TWICE that day!) and he LOVES to play fetch! Tank brings his balls to us several times a day, drops them at our feet. We have a GREAT time bouncing them off the walls, and watching both doggies race around like tornadoes to find them. 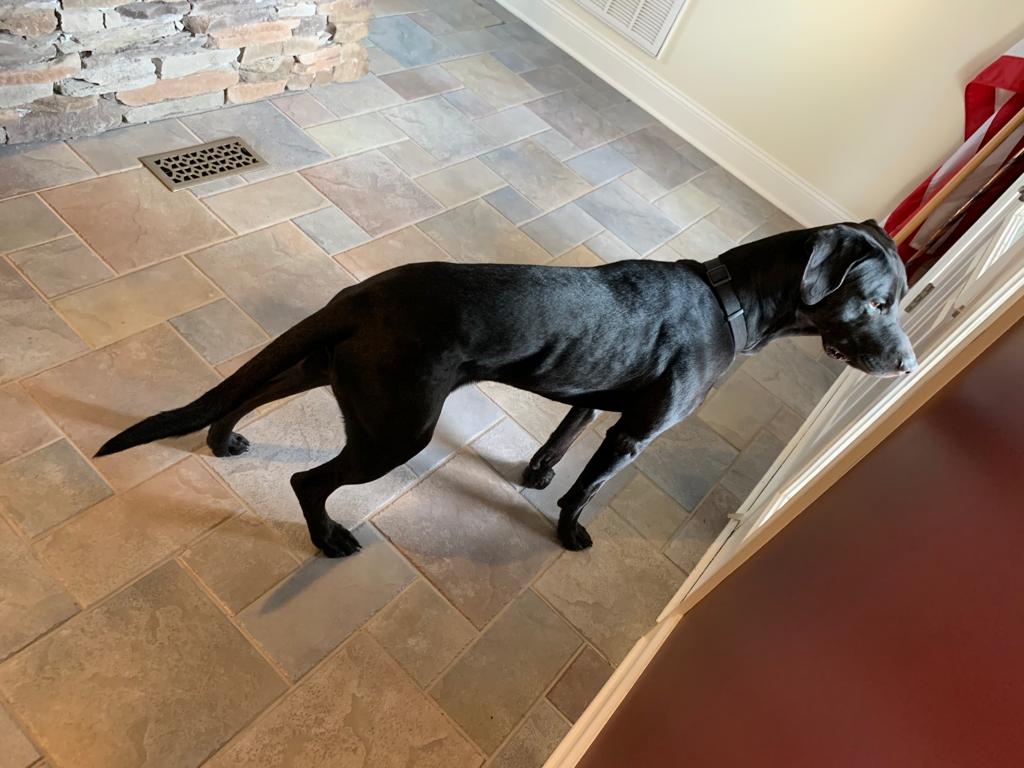 We are putting healthy meat on Tank’s bones. We took both dogs to the vet yesterday just to double check that they didn’t need any meds or special care. Turns out Moon has Giardia (an intestinal parasite), which she probably picked up at the Humane Society. Tank is also being treated for it as well just to be safe. And, Tank had an ear infection so I’m glad we took them in! 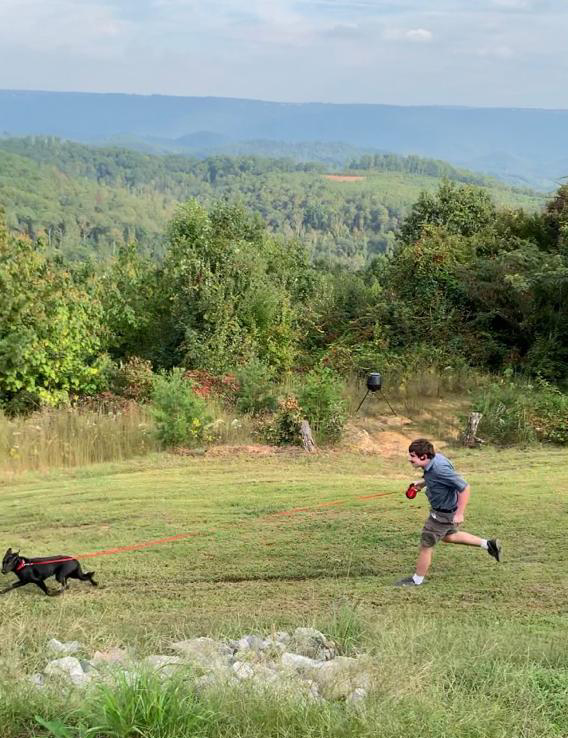 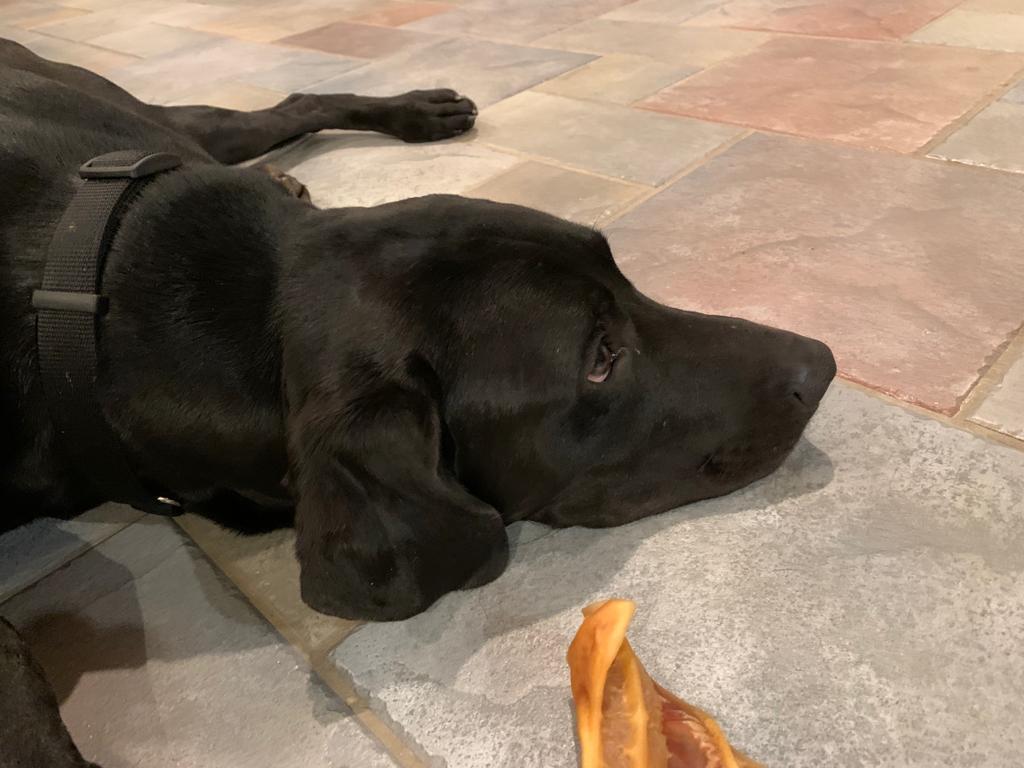 Getting adopted is EXHAUSTING!!! 😉

9 Responses to "The Furry New Tornadoes INSIDE Our House!"

Print FriendlyPer last week’s issue of WritersWeekly, what is one reason a freelancer might get sued? ***Please answer the trivia question using our contact form HERE. Do not post your answer in the comments section below.  You must be a WritersWeekly.com subscriber to participate in the weekly contests. Subscribe today. It’s free! NOTE: ONLY ONE WINNER PER HOUSEHOLD PER CALENDAR QUARTER, PLEASE. THIS WEEK’S PRIZE: A free print or ebook of your choice from Booklocker.com!           END_OF_DOCUMENT_TOKEN_TO_BE_REPLACED