Amazon – Do They Draw The Line ANYWHERE? 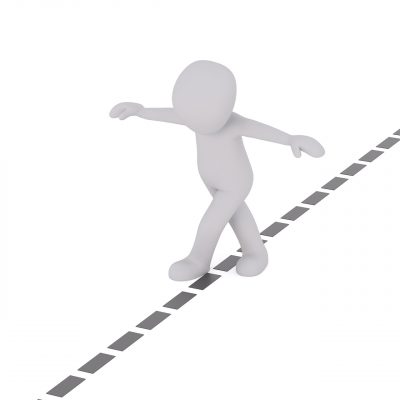 Unless your Internet connection has been out for a week or so, you’ve likely seen the story about Amazon:

1. Putting up a guidebook for pedophiles via their self-publishing arm, Amazon Digital Services, Inc.

2. Refusing to remove it, citing “censorship.”

3. Removing it only after thousands of people boycotted their site…just before the holiday shopping season.

I won’t go into details but two of our immediate family members were molested as children. Because of that experience, we, unfortunately, have a great deal of insight into how the mind of a pedophile works and we have recently been involved in advocacy work on this issue in our city.

Some pedophiles claim that having sex with children is a “sexual preference.” Any guidebook that promotes pedophilia also promotes crimes against children, empowering pedophiles to victimize even more children. Why would anyone try to legitimize such a horrific thing?

“Censorship is suppression of speech or other communication which may be considered objectionable, harmful, sensitive, or inconvenient to the general body of people as determined by a government, media outlet, or other controlling body.” (Source: Wikipedia)

NOBODY ANYWHERE SHOULD PUBLISH ANYTHING THAT PROMOTES THE TORTURE OF CHILDREN!

The din seems to have died down since Amazon removed the one book in question. However, some journalists pointed out that Amazon was still selling other pro-pedophile books. The ones we were watching have since been deleted from Amazon as well.

Whatever nitwit at Amazon allowed that book to be put up in the first place needs to be fired. The fact that Amazon first issued excuses rather than immediately pulling the book is beyond reprehensible. The fact that they’ve since removed the books in question is a good first step.

Amazon now needs to implement policies that prevent this type of material from ending up for sale in the future. Whenever a company is willing to sell just about anything and everything for a buck, there is a risk of something popping up on the site that may very well result in a person getting hurt. I don’t know about you but if I had a “sell now, ask later” policy like that, I wouldn’t be able to sleep at night.

No book should be sold that promotes the torture of children and there is no legal or moral excuse that makes it “okay” – period.

Books That NOBODY Should Publish

Print FriendlyPer last week’s issue of WritersWeekly, when Angela found the unique carrot, what did she suggest to the pastor? ***Please answer the trivia question using our contact form HERE. Do not post your answer in the comments section below.  You must be a WritersWeekly.com subscriber to participate in the weekly contests. Subscribe today. It’s free! NOTE: ONLY ONE WINNER PER HOUSEHOLD PER CALENDAR QUARTER, PLEASE. THIS WEEK’S PRIZE: A free print or ebook of your choice from Booklocker.com!           END_OF_DOCUMENT_TOKEN_TO_BE_REPLACED