I Moved to a New Country and Became a Features Writer! – By Karen Donald 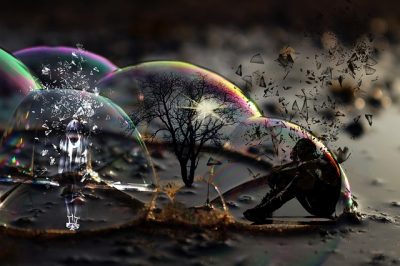 Growing up in the English countryside, I was immersed in nature, and developed a desire to describe the exciting world surrounding me. Although I chose Art College to fully express myself, I was soon under pressure to learn graphic design skills, thus enabling a secure financial future. Although this was wise advice financially, 15 years of ‘mechanically laying out’ magazines and newspapers left me cold. As I received the sub-editor’s copy to pull into my designed page, the desire to be a writer began to grow inside me, waiting to be expressed.

In 2005, upon the passing of my parents, I found myself traveling, and finally relocated to the magnificent island of Bali, Indonesia: a land full of inspiration, depth and colorful expatriates. As I met some of these individuals, and heard their life stories, my confidence grew to the point where, one day, I asked myself the question, “Do I have sufficient English language skills to write an article?” And, the answer was “Yes!” Perhaps it was because the island’s expats are mostly using English as a second language, or maybe it was my mother’s influence as a school teacher…but something spurred me on and I wrote a 1,500 word article about a young Rip Curl surfer.

Before the first feature was submitted, I asked a girlfriend who was working as a sub-editor at the Daily Mail, London, whether she would kindly check the article for grammatical errors. She studied the publication style, along with my article, and then gave me a template to follow, which really helped for subsequent articles. The template structure had an introduction, a particular tense, and an ending – essential ingredients for a first time writer! I created a great pen name, and wrote about amazing people who lived in Bali. The publication paid immediately, a good amount, too! And, before I knew it, I was writing many articles a week. In fact, I had to create two more pen names so readers perceived my articles to be written by separate writers!

After three happy years as a features writer, having covered most expatriate stories, I branched out, writing articles for other publications. My advice for budding feature writers is to ask for assistance, find a niche, focus on building a good relationship with your editor and, at the same time, research other freelance possibilities as circumstances change. Once you get the buzz for writing, you’ll want to continue to expand, as I did, into script writing. But, that’s another story!

Karen is British expatriate who has been living in Bali, Indonesia for 12 years. Prior to her relocation, Karen spent many informative years working in the London newspaper industry (Evening Standard), for British music papers (NME, Melody Maker) and in Bali as Media Director for John Hardy Jewelry and then Features Writer for expat publication, Bali Advertiser. Director of MADE FROM STARDUST, Karen produced award-winning documentary Chasing the Dream (2011), about Indonesian professional Rip Curl surfer, Oney Anwar, on his epic journey from a remote jungle village of Sumbawa to his debut on the World Championship Tour. Karen directed several short films including: An Athletes Dream (2016) and Silence & Monsters (2016). Following her success at festivals and on television worldwide, Karen is currently writing several TV series.

One Response to "I Moved to a New Country and Became a Features Writer! – By Karen Donald"

Print FriendlyPer last week’s issue of WritersWeekly, when Angela found the unique carrot, what did she suggest to the pastor? ***Please answer the trivia question using our contact form HERE. Do not post your answer in the comments section below.  You must be a WritersWeekly.com subscriber to participate in the weekly contests. Subscribe today. It’s free! NOTE: ONLY ONE WINNER PER HOUSEHOLD PER CALENDAR QUARTER, PLEASE. THIS WEEK’S PRIZE: A free print or ebook of your choice from Booklocker.com!           END_OF_DOCUMENT_TOKEN_TO_BE_REPLACED