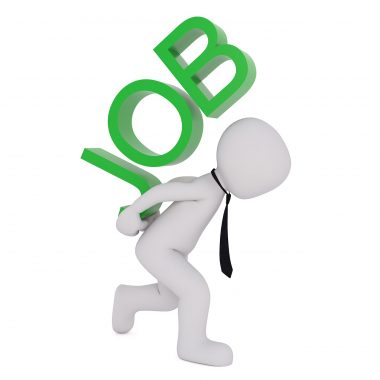 Editors are always on the lookout for feature articles for the year’s biggies – Mother’s, Father’s and Valentine’s Days, to name a few. With budget cuts, especially in newspapers, staff writers don’t always have the time to write feature articles in perfect prose. Enter the freelancer with a well-researched, well-timed and well-suited story idea and what harried editor wouldn’t seriously consider the query letter?

Holiday-based stories comprise a large portion of my freelance portfolio. Early in January, I pitched a story idea for the February 14 issue of the local newspaper about a young woman who had put her nursing career on hold for 15 years to care for the love of her life – her paralytic husband. Sold for Valentine’s Day! One April, I queried the editor about an article about a single working mother, legally blind and a double amputee, whose efforts put her daughter through college. Sold for Mother’s Day! Around Memorial Day, I suggested a feature on three local immigrant families and their contributions – medical, culinary and artistic – to the community. Sold for Independence Day!

Lesser-touted commemorative days, weeks or months can also showcase inspiring stories. “The disease of the month,” as an editor once called it, can serve to highlight the strides made in various fields of medicine. For example, October is Breast Cancer Awareness Month. An article featuring a local breast cancer survivor, encouraging quotes from an area oncologist, and national statistics on the disease would be a natural – and very beneficial! – fit.

And don’t overlook international holidays and celebrations. Articles on recent immigrants or fourth generation descendants who celebrate ethnic holidays in traditional style make fascinating copy, especially when accompanied by colorful, eye-catching photographs. During a recent Oktoberfest season, vibrant pictures of people dressed in dirndls and lederhosen attracted readers to my article on the activities of the local German-American Club.

Chase’s Calendar of Events (with CD-ROM) is a treasure tome of data on regional, national and international holidays for every day of the year. Published annually, and available in the reference section of the public library, the book lists the commemoration of events ranging from Arbor Day (the last Friday in April) to Zip Codes Inauguration anniversary (July1). The book includes event sponsors’ addresses, phone and fax numbers, and web sites, all invaluable resources for background information.

State tourism bureaus also publish calendars of regional events. For example, your city may organize an Antiques and Collectibles Week, which attracts thousands of nostalgia shoppers and bargain hunters. Suggest an article on a local dealer or collector of unusual items, perhaps a vintage clothing collector whose pieces are reminiscent of “the way we wore.”

Even though some editors may balk at queries focusing on obscure but nationally recognized holidays, these can also serve as springboards for other story ideas.. For Mom and Pop Business Owner’s Day (March 29), I offered to write about a couple who has shared 37 years together as business and life partners. The feature ran in the Money section without any mention of the day’s national significance. Does your town, too, have that hard-working couple trying to keep their business afloat while deep-pocket developers sink millions into the local mega malls? Readers respond to human interest stories about area businesses that provide personal service.

The timing of your query is as important as the idea itself, especially for magazines. “Think Christmas in July” is good advice, and is included in most magazines’ Writer’s Guidelines; some publications require a longer lead-time, even a year or more!

So, keep your antennae poised for those holiday story ideas. Pitch them early to meet the deadlines. Then on the holiday itself, sit back and bask in the glow of seeing your “byline” in print, while enjoying your paycheck. Your work is done!

Philomena Lawrence has been a feature writer for 25 years, including three years as a staff writer for the Pioneer Press, Inc. in Illinois. Her articles have appeared in various newspapers, and magazines such as Adirondack Life, Inside Multiple Sclerosis, and The Northern Logger. She and her husband, Gilbert, have coauthored the book On Thin Ice, a Booklocker publication. You may contact her at philomenalawrence – at – yahoo.com.