Your Creativity As a Loving, Inexpensive (and Funny!) Holiday Gift! 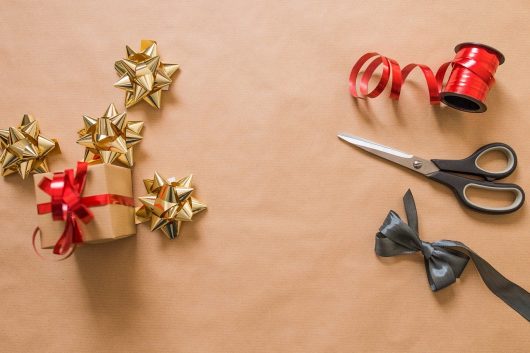 In past years, I’ve published articles about unique and inexpensive gift ideas for writers to create:

A Quilted Felt House and Personalized Photo Ornaments are HERE.

Each year, I create a large photobook for family members. They’re a bit pricey but they’re a big hit, especially with the grandparents.

This year, I’m doing the photobooks again, but I also had an idea for a small, family photo puzzle book.

I took eight of my favorite family photos from this year and opened them up in Photoshop (any graphics program would work). These were my “before” photos.

I then made a duplicate of each photo (my “after” photo), and made changes to the picture – about 10 changes per photo – using different functions of the graphics program, like draw and copy/paste. The changes were either very obscure (hard to find) or funny. Some were downright ridiculous, like when I made some people bald or when I gave Richard a really huge and bushy beard. I even duplicates Zach in one photo (yes, there are two Zachs now) and it’s not terribly noticeable unless you’re really paying attention. I also added a number in the bottom, right-hand corner of the “after” photos that showed how many changes were made to that photo.

I saved the new photos, and then created a third, smaller photo, that serves as the answer clue. I put small, brightly colored dots on the clue photo to show where I’d made the changes.

I then uploaded all the before photos, the after photos, and the clue photos to qoop.com.

I set up a mini photobook that shows the before/after photos facing each other on the pages. The last two pages of the book have the clue photos, but they appear upside-down (you can turn pictures upside-down in most photo programs).

The cover is a collage some of the photos that are featured inside (automatically generated by Qoop) and says:

The first page of the book says:

Can you spot the differences in the photos?

One photo in each set has a number in the lower corner that tells you how many differences there are to find.

Answer keys appear in the back. No Peeking!

Merry Christmas Hugs from The Hoys!

Here’s an example of one of the before/after photos. I’ll post the answer key photo here next week. “Mommy, are God and Santa friends?”

P.S. WANT A GREAT CHRISTMAS GIFT IDEA? How to Reborn a Doll in a Day by Angela Hoy. See pics here:
http://www.writersweekly.com/books/1670.html

Print FriendlyPer last week’s issue of WritersWeekly, what is one reason a freelancer might get sued? ***Please answer the trivia question using our contact form HERE. Do not post your answer in the comments section below.  You must be a WritersWeekly.com subscriber to participate in the weekly contests. Subscribe today. It’s free! NOTE: ONLY ONE WINNER PER HOUSEHOLD PER CALENDAR QUARTER, PLEASE. THIS WEEK’S PRIZE: A free print or ebook of your choice from Booklocker.com!           END_OF_DOCUMENT_TOKEN_TO_BE_REPLACED