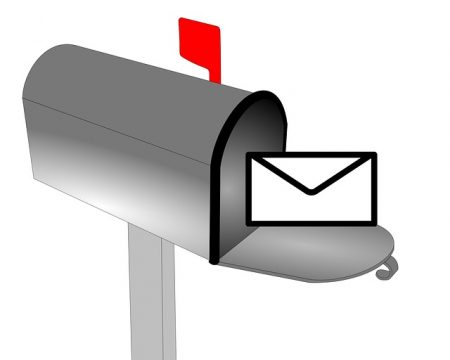 Amazon Won’t Remove My Book! Are They Violating My Copyright?

Amazon has a host of issues along this line. I just spotted one earlier today. Search Amazon for one of my
books, My Nights with Leukemia. You’ll get three results.

1.   The legitimate one with Kindle, paperback (CreateSpace), and used editions included. Every copy of this book for sale on Amazon should be there. There’s never been another edition.

2.   Separately listed as if it were another book are used copies from eleven different sources. The LEAST
expensive is offering my $14.95 book for $42.41. Yeah, a real ripoff.

3.   A listing claiming the book is “currently unavailable.” Hey, CreateSpace prints it. It is not going to be
“unavailable” as long as CS is around.

My hunch is that Amazon is letting third parties create their own listing for books even though they are already
in Amazon’s database. These unethical dealers are hoping that potential buyers won’t see that legitimate listing
and will instead buy from them at those inflated prices.

Hopefully, you’ll soon see just one in the search results. I just reported the latter two listings under
Amazon’s “Report incorrect product information,” but it is a hassle to police my books like this. I’ve got some
thirty in print. Amazon not only needs to create the search code to weed out these bogus postings, it needs to
ban book dealers who play tricks like those on customers. Customers who get screwed will blame Amazon not some obscure third party.

Angela mentioned selling new editions under a new name. That may be too late for you. You might want to try the opposite tack. Since you are the author of that older edition, you might see if Amazon would allow you to add
“obsolete” or “previous edition” to the title. Amazon would then be honest in what it is selling. Also, you
might see if Amazon will let you change the former book’s description. Then you could explain in that
description why customers should buy your newer edition.

In my case, the Amazon detail page does list “Inkling Books” as the publisher, so as Inkling Books I should be
able, at the very least, to edit any of the webpages selling the book—even old editions.

Let’s hope that Amazon acts on this. It’s not to their benefit for all these scams to be taking place with their
blessing.

For multiple editions, Amazon should take the time to create two labels that appear on books that have several.
Older editions would be clearly labeled “Old Edition,” while new editions would be labeled “Latest Edition.”
That’d reduce customer confusion and probably lead to more sales. When customers see two or more copies of a
book for sale, some say, “What the heck,” and go to a book retailer that doesn’t confuse them with too much.

Amazon needs an omnibusmen with the responsiblity of standing up for the rights of independent authors and small publishers. Amazon makes a lot of money from such people, so it needs to treat them more kindly.

I’ve often thought that it’d be great is some bright and aspiring young lawyer living in Seattle would begin to
take Amazon to court over these issues. Each author frustration may be petty in itself, but collectively in a
class action suit, that lawyer might do quite well. If he gets a reputation for winning, Amazon would probably
learn to concede quickly to spare the expense and bad publicity.

Thanks for clarifying what must be a muddy situation for many authors. I appreciate the insider insights.

My compliments to you for taking the time to explain in detail the conditions regarding this author’s questions.
This is another example of why BookLocker retains its high standing in the publishing industry.

Pamela Allegretto
Bridge of Sighs and Dreams
http://booklocker.com/books/8228.html
The lives of two women collide in an arena of deception, greed, and sacrifice in Nazi-occupied Rome.

If you’re turning an ordinary, boring and error-riddled bio into something amazing that really provides value
(and kicks in when LinkedIn’s search algorithms go on the prowl), you can charge a good deal more.

Pamela Allegretto
Bridge of Sighs and Dreams
The lives of two women collide in an arena of deception, greed, and sacrifice in Nazi-occupied Rome.

I Whatsapp-ed My Boss, and Got My First $500 Writing Contract!

Print FriendlyPer last week’s issue of WritersWeekly, when Angela found the unique carrot, what did she suggest to the pastor? ***Please answer the trivia question using our contact form HERE. Do not post your answer in the comments section below.  You must be a WritersWeekly.com subscriber to participate in the weekly contests. Subscribe today. It’s free! NOTE: ONLY ONE WINNER PER HOUSEHOLD PER CALENDAR QUARTER, PLEASE. THIS WEEK’S PRIZE: A free print or ebook of your choice from Booklocker.com!           END_OF_DOCUMENT_TOKEN_TO_BE_REPLACED