“If it breathes, grows or flows North of 60, Up Here magazine has it covered. We are the authoritative magazine of the North, informing and entertaining readers with stories about the people, wildlife, culture, lifestyle, arts and business of the Yukon, Northwest Territories and Nunavut.” 20%-50% freelance. Welcomes new writers. Publishes 8 issues/year. Generally pays within 3 months of publication. Guidelines online. “Established in 1990 as a not-for-profit 501(c)(3) educational organization, The Tricycle Foundation is dedicated to making Buddhist teachings and practices broadly available. In 1991, the Foundation launched Tricycle: The Buddhist Review, the first magazine intended to present Buddhist perspectives to a Western readership. Tricycle soon became the leading independent journal of Buddhism in the West, where it continues to be the most inclusive and widely read vehicle for the dissemination of Buddhist views and values. Our readership includes longtime practitioners, those who are curious about Buddhism or meditation, and those who do not identify as Buddhist but value the teachings of wisdom and compassion that Buddhism has to offer.” 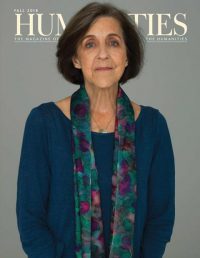 “We are the magazine of the National Endowment for the Humanities. We exist to report on and discuss projects funded by NEH and the state humanities councils.” 50% freelance. Welcomes new writers. Circ. 6K. Bimonthly. Period between acceptance and publication varies. Buys all rights. No reprints. Responds within one week.

WritersWeekly.com has removed this market because of a complaint.

According to last week’s issue of WritersWeekly, what technology is threatening writers’ and journalists’ careers?? ***Please answer the trivia question using our contact form HERE. Do not post your answer in the comments section below.  You must be a WritersWeekly.com subscriber to participate in the weekly contests. Subscribe today. It’s free! NOTE: ONLY ONE WINNER PER HOUSEHOLD PER CALENDAR QUARTER, PLEASE. THIS WEEK’S PRIZE: A free print or ebook of your choice from Booklocker.com!            ... END_OF_DOCUMENT_TOKEN_TO_BE_REPLACED