Ethics vs. Profits By Angela Hoy 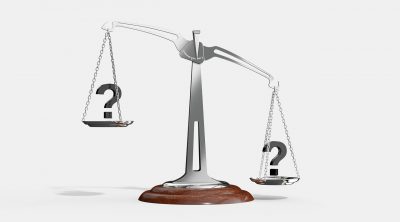 Sometimes, writers are given the opportunity to research and write about something that could pay off big in the end. However, it can also lead to a great deal of pain for the people involved in the actual story. Writers must then weigh the consequences of their actions with the possible good (or bad) that may come from exposing old wounds.

Last week, I received an email from an writer who told the story of a sex scandal that had rocked her town years ago. She said many livelihoods were ruined and some of those involved even committed suicide. Apparently, the local newspaper and law enforcement closed ranks to protect their own that had been involved and that the entire story was never really told in the news. The date and time of the trial weren’t publicized and she said, “Rumors and hearsay were about all that the townspeople had to go on.”

She then asked, “Is this sort of topic one that shouldn’t be covered, due to the sensitive nature of what happened all those years ago? Do you have any advice for people who wish to write on topics that could be potentially painful for interviewees? I feel it’s a story that many people need to know, and will want to read. While I think that there will be plenty of people who’ll talk with me about this story, I don’t want to hurt anyone. I would like to cover the topic in a sensitive manner–not at all in the style of a salacious tell-all. The people who were arrested are/were human beings in a terrible situation.”

At booklocker.com, we occasionally receive book manuscripts that are quite juicy, as some might put it, but also quite scandalous and potentially embarrassing for the people who appear in the books. Some of these books are simply written for revenge while others seem to have good intentions. Some are obviously written just for profit. We reject all of them because I don’t believe in profiting from someone else’s pain.

When you have a juicy tale to tell, you must weigh the good the book might bring to readers against the pain it may bring to the subjects of the book. Will telling this tale really do anyone any good? If you think it will, what good will it bring? What lesson can your book teach that isn’t already taught in another book? What harm could your book do to the people who have already paid the required price for their crimes? Could your book result in more suicides? Could it further harm the innocent members of the perpetrators’ families?

Years ago, when I was much younger, I was propositioned by a very well-known government official. We met in the first class section of a commercial airplane (my ticket had been a free upgrade) and I (innocently and stupidly) accepted a ride with him to a rental car agency office. By the time we got there, I had a business card with his assistant’s name and phone number, an offer for a personal tour of the White House, and an evening alone with him in his penthouse after a night on the town, hobnobbing with other Washington celebrities.

This guy was a married man with children. The writer in me could have taken the bait and then sold my story. The human in me told the old fart to get lost. I still, to this day, feel sorry for his wife and would never have done anything to hurt that poor woman, even though I’d never met, nor would I ever meet, her. I would also do nothing to hurt his children. He’s still around, though retired now. When I see/hear about him in the news, I still feel sorry for his family because I’m sure I’m not the only young woman who was propositioned by him.

So, when considering exposing a sensitive topic and people to the masses, you really should put yourself in their and their family’s place before launching the project.

I’m really glad that writer wrote in because this is a particularly sensitive topic for our industry and I welcome comments from readers about this situation. I will post them in next week’s issue.

Print FriendlyPer last week’s issue of WritersWeekly, what is one reason a freelancer might get sued? ***Please answer the trivia question using our contact form HERE. Do not post your answer in the comments section below.  You must be a WritersWeekly.com subscriber to participate in the weekly contests. Subscribe today. It’s free! NOTE: ONLY ONE WINNER PER HOUSEHOLD PER CALENDAR QUARTER, PLEASE. THIS WEEK’S PRIZE: A free print or ebook of your choice from Booklocker.com!           END_OF_DOCUMENT_TOKEN_TO_BE_REPLACED