BookLocker Was My Gateway For Landing A Traditional Contract WITH an Advance! – By Michael Brian Murphy 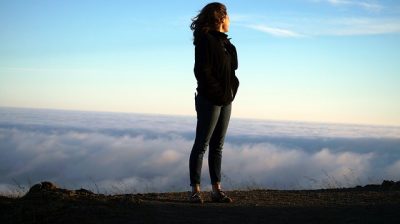 NLD from the Inside Out: Talking to Parents, Teachers, and Teens About Growing Up with Nonverbal Learning Disabilities started out in 2006 as an expansion of my senior thesis at Clark University. I wanted the book to be for teens with NLD, primarily because I wish I’d had a book like this while I was navigating adolescence. I know my family and teachers could have used some guidance too. And who better to give expert advice to NLDers on surviving family life, high school, college, or the workplace than fellow young adults with NLD who were succeeding in these areas?

So I created a website, nldfromtheinsideout.com, and designed a survey with more than 80 questions about growing up with NLD. Amazingly, more than 100 people were both concerned and gracious enough to reply! After completing the book, I found it was “too specialized” for the mainstream press. One rejection letter even told me, “Once you’ve sold 5,000 copies, we’d be glad to take a look.”

Fortunately, I found BookLocker, who published NLD From the Inside Out in both POD and ebook formats, with a generous royalty rate. Angela and Richard and their whole team provided excellent customer service: helping me navigate all the pitfalls of a novice author, and even went to bat for me when Amazon.com started causing problems for publishers (http://antitrust.booklocker.com/).

As soon as the first edition was published in 2008, I was flooded with emails from parents and NLDers seeking my advice – on how to find NLD-aware doctors, therapists, and colleges. I was asked to help students write papers on NLD, to help parents to craft Individualized Education Plans (IEPs), to speak in remote locations, to conduct webinars, and once, to serve as an expert witness in a custody hearing! I realized that I hadn’t nearly covered all the material, and so I wrote and published a Second Edition with BookLocker in 2010, which eventually reached readers in 37 countries.

It was soon clear that, even with more reader awareness about NLD, and the disabilities laws changing, yet more information was needed. So I sought out a traditional publisher specializing in learning disabilities, who gave me a contract (and advance!) to publish the Third Edition this summer.

Despite moving on, I’ll definitely continue to recommend BookLocker to aspiring authors. And in the future, I wouldn’t hesitate to do business with them again.

Should I Self-Publish or Hold Out for a Traditional Contract?

Another Booklocker Author Lands A Traditional Contract! By Chuck Waldron

Michael Brian Murphy, BA, MAJS, spent his public school years in Special Education classes, not knowing exactly why. After finally being diagnosed correctly with NLD at age 24, he devoted himself to learning more about the disorder, in order to educate others. He lives in the Boston area.

The Working Parent's Guide To Homeschooling

Dissatisfaction with public and private schools continues to grow, and with more and more acceptance of homeschoolers at colleges and universities, now is the time to encourage all those who are ready and willing, that they are able and qualified to teach their children, even and especially if they must continue working. The Working Parent’s Guide to Homeschooling answers questions such as, “How can I work and homeschool?” by showing the reader how to find what works for them.

One Response to "BookLocker Was My Gateway For Landing A Traditional Contract WITH an Advance! – By Michael Brian Murphy"

Print FriendlyPer last week’s issue of WritersWeekly, when Angela found the unique carrot, what did she suggest to the pastor? ***Please answer the trivia question using our contact form HERE. Do not post your answer in the comments section below.  You must be a WritersWeekly.com subscriber to participate in the weekly contests. Subscribe today. It’s free! NOTE: ONLY ONE WINNER PER HOUSEHOLD PER CALENDAR QUARTER, PLEASE. THIS WEEK’S PRIZE: A free print or ebook of your choice from Booklocker.com!           END_OF_DOCUMENT_TOKEN_TO_BE_REPLACED