A Disability, Depression, and a Valium Addiction Didn’t Stop Me from Building a £100,000/Year Freelance Career – by Andrew Don 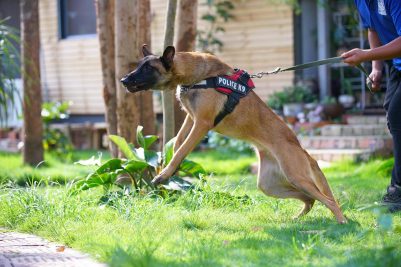 I earned £100,000-plus as a freelance journalist for a substantial part of my near-40-year career.

I have held section-head roles both as an employed and self-employed journalist, been launch editor and news desk trouble-shooter, supplied early-morning news digests for specialist online publications coordinating a team of other journalists, and written three books.

The news digests helped me scale my business, and make a margin on other people’s work, which boosted my earnings.

I am nothing special: I work hard, have a good news nose, and can spot bullshit from 100 miles. A modicum of skill proved helpful, along with a hatred of injustice, and an ability to work 18-hour days. Luck, too, and the relationships I cultivated, and timing, played essential roles.

None of it came easily. I suffered substantial deafness from birth, which I hid during my career for as long as possible, from as many people as possible, aided by great lip-reading skills and interpretation of body language.

My speech was delayed and I stuttered well into my 20s. It made interviewing on the telephone a challenge to say the least – but I coped, just about.

I have a genetic disposition to crippling anxiety and depression, which parental “nurture” exacerbated. Mum’s cancer, and subsequent death when I was 14, played a major role in discombobulating me, as did her propensity in my early childhood to play good-cop/bad-cop. She suffered extreme mood swings.

I developed an addiction to Valium after mum died. I was hardly set for journalism super-stardom in the mould of Piers Morgan.

However, I more than made up for my weaknesses with a terrier personality: Give me a bone and I would rip your arm off before I would let you take it from me—one of the most important qualifications, along with a good memory, if you are going to earn big money as a freelancer or independent.

I did not need to be a household name to earn six figures as an independent journalist. Nor did I need lots of qualifications. All I needed was an overwhelming fear of destitution, a hunger for news, and an instinct for seeing an angle in, ostensibly, even the most mundane.

Independent journalism is not particularly glamorous in most cases. I was chained to my desk, but typing away. My dog sleeping at my feet, and cockatoo on my shoulder, beat working in someone else’s office.

I earned more over the totality of my career and for years at a time than I ever imagined, helped by the right mentors who had my back, great timing in terms of capitalising on new technology, and my own tenacity and determination to succeed.

I had an endgame: I saved into a pension, boosting it during peak-earning years between 1998 and 2010.

Turning 57 in October 2019 was the fulfilment of a dream. I moved with my wife and critters from crime-ridden north London to a tiny village in West Wales, by the beach and the coastal path.

If I can do it, you can, too, with the right attitude and commitment.

Andrew Don, trading as editorial director of Don’s Hard News, is a multi-disciplined media service with the emphasis on news, business, features, analysis, online news digests and leader writing. Andrew Don is a former managing editor of Peach Report, he launched award-winning magazine SalonFocus and has specialist knowledge of the grocery sector. He is a published author. Media outlets in which his work has appeared include: The Independent/Independent on Sunday, Financial Times, The Sunday Telegraph,  The Observer, The Guardian, London Evening Standard, The Sun, The Daily Express, The Daily Mirror, Financial Times Food Business, The Sunday Times, The Publican’s Morning Advertiser, The Grocer, Property Week,  Restaurant Magazine, Asian Business (contributing business editor), Retail World (Consultant Editor), UK Editor Food & Drink Daily, Estates Gazette Interactive, Chemical News & Intelligence, Farmers Weekly Interactive, Independent Travel News, Press Gazette, Home & Family and  Retail Week among many others. Also published under the pseudonym of Jason Andrews in The Independent and The Guardian.  Andrew Don is author of paperbacks The Bounty Writer, Fathers Feel Too, and an e-novella, Virtuality.

Print FriendlyPer last week’s issue of WritersWeekly, when Angela found the unique carrot, what did she suggest to the pastor? ***Please answer the trivia question using our contact form HERE. Do not post your answer in the comments section below.  You must be a WritersWeekly.com subscriber to participate in the weekly contests. Subscribe today. It’s free! NOTE: ONLY ONE WINNER PER HOUSEHOLD PER CALENDAR QUARTER, PLEASE. THIS WEEK’S PRIZE: A free print or ebook of your choice from Booklocker.com!           END_OF_DOCUMENT_TOKEN_TO_BE_REPLACED