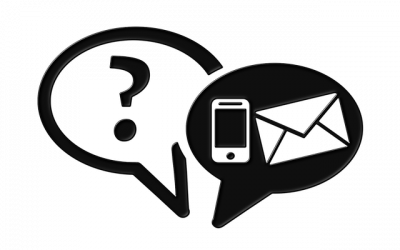 How To Be A Paid Freelance Writer WHILE Attending School!

Go girl! You have a good turn of phrase for kinda newbie. All the best on your way!
Elena Hedlund

Wow, that’s pretty impressive, Elise. You will make a hell of a business person, another Carly Fiorina, for instance. “foaming at the mouth with ideas” that is the strangest metaphor! My own path was different. I did not start publishing till I was a civil servant. Then I became a high school teacher and had no time for publishing for years. Knocked out by arthritis when I was about to start teaching at the college level I subsided into a full-time writing career which is so comfortable! I don’t depend on my writing career for money but I do make it and – give it away!

Your kind of energy amazes me. What an entrepreneur. I merely hang out by myself (all writers complain of the loneliness of the writer’s life) and let my writing do the running around – people all over the world read me and I get moola and give it to my sweetie (She has kids!) and I look out at the lake and – another story pops into my head! I tell you, retirement can be a sweet time – even for a handicapped guy.

Want to Get Sued by a Model? Put His/Her Stock Photo on the Cover of Your Controversial Book!

Hi, Angela, thanks for another edition of your #1 Newsletter. I’ve already sent a query to Dutch Magazine as a result of said newsletter. Thanks for publishing my letter, too. I look forward to perusing the rest of Writer’s Weekly.

I can offer a suggestion for those dealing with the first problem above: covers or interior pictures for books about sick children. You should be safe if you use a stock photo in which a child’s particular sickness is one reason the picture was supplied and thus part of its message.

A book I wrote, My Nights with Leukemia, features a young girl who did have cancer. The front cover was taken just before her diagnosis and the back cover was taken afterward, when chemotherapy had resulted in the loss of most of her hair. There are numerous stock photos of her when she was being treated and she was so brave and obviously loved by her parents, that I just had to use her pictures. Together, they let me make an important point. Newly diagnosed children with cancer often do not look sick. It was our treatment that make them look like the survivors of some horrible concentration camp. That, I tell readers, is what we as staff had to be willing to do. It wasn’t easy.

You can see both those pictures here:

Stock photo companies have numerous pictures of children in hospitals, typically with no disease specified. Most look so bright-eyed and chipper, I doubt they’re actually sick. But you’re not misrepresenting them to use their picture to represent a child sick with an ordinary illness. The danger comes when you portray a healthy child on a playground as if they had some dread disease. As Angelia points out, don’t do that.

One way to avoid trouble is to search a stock photo service by key words. Look for “hospital child” or “hospital child cancer” and you what comes up will be intended to represent what you’re portraying.

Also, in most cases, if your book is about people portrayed positively or negatively, make the cover represent someone who is positive. My Senior Nurse Mentor includes some nasty hospital officials, but the front cover is clearly intended to represent the kind of nurse who might become a senior nurse mentor, a mature and very capable-looking woman. And the back cover shows a much younger nurse who seems a bit shy. She’s intended to represent a new nurse needing a mentor. That’s here:

You may be catching on that I do my best to have the front and back represent to different aspects of a common theme.

Another of my hospital books, Embarrass Less, frustrated me immensely. Written for hospital staff, I spent hours looking for a picture included a cross-selection of hospital staff that didn’t look dry as dust. (Nothing kills a picture’s magic like the presence of a middle-age doctor. They are so dull.) Finally, it came to me that rather than represent the book’s target audience, I should have the cover show the only ones who don’t find medical care embarrassing. You can see who that is here:

Cute aren’t they? Notice that I managed to work them into my description of the book.
——
I’ll add one extremely important piece of advice. Do NOT put off choosing a title or cover image for your book until it is done. When I began a book in Scrivener, the first entry I make is a section called “Title.” There I list ideas for the title and subtitle. I want the title to be short and catchy. I want the subtitle to describe the book well. (If it is part of series, you might use something like, “Book 3 in the Lone Cowboy Series” to make sure readers know where they are in the series.) I keep thinking about that title and subtitle, adding new possiblilties as I go along. My decision won’t be final until the book is ready for release.

I might add that at times all that thinking can hit it lucky. There are many ways to title a book about reducing patient embarrassment in a hospital setting. For instance, I could have called it “Less Embarrassing Care.” That would have sounded like a textbook. Instead, I choose Embarrass Less not only because it was brief, but because it did not sound like a textbook. Indeed, the expression is unique enough, that my book, out only a few months, is now the top hit on Google when someone searches for its title. You can’t buy visibility like that for thousands of dollars. I got it by putting care into selecting the title.

Those title possibilities, in turn, begin to suggest ideas for the cover. From the start, I knew I wanted My Nights with Leukemia to show a child with cancer and Senior Nurse Mentor to show a talented nurse. That only required searching stock photos for just the right one. But it was only because I spent weeks not finding a picture I liked for Embarrass Less that led me to that flash of inspiration. If I waited until the last to think about the cover, I would have probably done something stupid.

Again, I stress that the title and cover image are so important you should not put them off to last. Think about both constantly as you write and you’ll be much happier with the result. (Ask friends for advice too.) There are few things more frustrating than releasing a book that represent months of your labor only to become unhappy with the title or cover.

“Should I offer credit to bookstores, libraries and others who want to purchase my book?” PROBABLY NOT!

Wow, good story. Wish I could demand prepayment on my stories. But I’m not doing too badly. One day this week I looked to see how many history articles I have written in the past year or two. I found twenty-seven, a dozen of which have been published, eleven of them paid for (in some case paid quite well). One I gave away for free to a literary magazine for sentimental reasons. They were the most difficult to deal with. Some of the remainders will still be sold. So – that makes me feel good! I might have enough history articles for a book!