Can Facebook Reject Your Ad for Any Reason? Or, No Reason?? 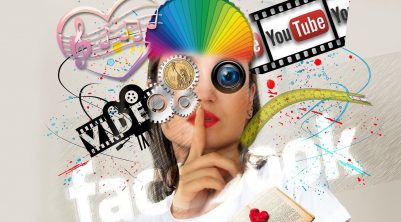 At BookLocker, we were honored when former White House Usher Christopher B. Emery contacted us to publish his book, WHITE HOUSE USHER: Stories from the Inside.

From January 1986 until March 1994, Chris Emery was part of one of the most unique services in the U.S. government — an usher in the White House.

For more than 200 years, a small office has operated on the State Floor of the White House Executive Residence. Known as the Usher’s Office, whose mission is to accommodate the personal needs of the first family, and to make the White House feel like a home. The Usher’s Office is the managing office of the Executive Residence and its staff of 90-plus. The staff consists of butlers, carpenters, grounds personnel, electricians, painters, plumbers, florists, maids, housemen, cooks, chefs, storekeepers, curators, calligraphers, doormen, and administrative support.

Chris Emery was only the 18th White House Usher since 1891, and had the honor and privilege to serve presidential families for three years during the Reagan administration, four years for President H. W. Bush, and 14 months under President Clinton. His vignettes recreate intimate White House happenings from an insider’s viewpoint.

Chris Emery was the only White House Usher to be terminated in the 20th century.

“With his book, White House Usher: Stories from the Inside, former usher Chris Emery gives his readers a peek inside what happens upstairs at the White House. Chris’ anecdotes tell a rich story of how America’s house really is the First Families, home. I loved my trip down memory lane.”

As you can imagine, Christopher’s book has sold very well since it was published. Who wouldn’t want to read about the inner workings of the private residence of U.S. presidents?

Christopher followed up that popular book with a whodunnit novel that was, of course, about a White House Usher.

So, imagine Christopher’s surprise when he tried to run an ad on Facebook for his books, and received the following response:

“You have been rejected because your ad mentions politicians or is about sensitive social issues that could influence public opinion, how people vote and may impact the outcome of an election or pending legislation…”

Let’s break that down, shall we?

“You have been rejected because your ad mentions politicians…”

“sensitive social issues that could influence public opinion, how people vote and may impact the outcome of an election or pending legislation…”

Facebook has already been accused of pushing political and social agendas – from both sides of the aisle!

Christopher appealed to Facebook but they wouldn’t budge. So, he’ll be spending his ad dollars elsewhere. And, honestly, he’ll probably sell more books doing that. Facebook ads, in our experience at least, really don’t work anymore.

Kudos to Christopher for using his Facebook rejection to promote his books on other social media sites! This is what he’s sharing: 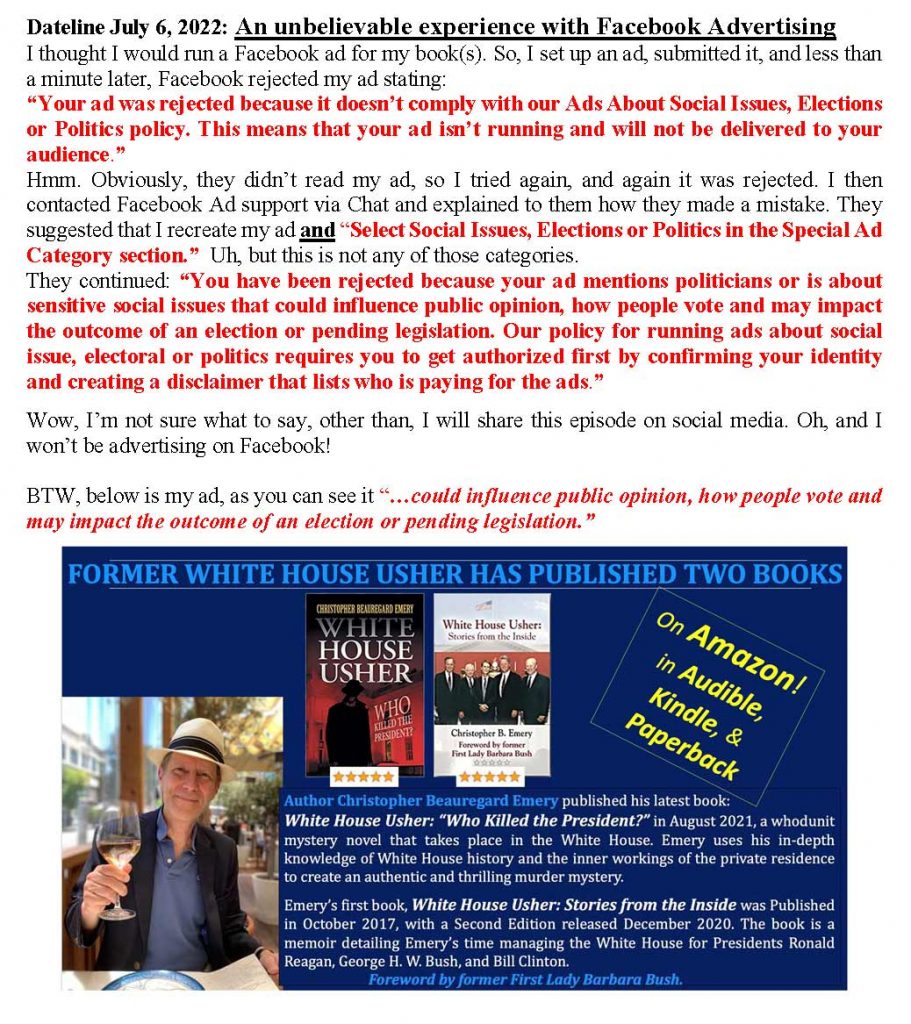 2 Responses to "Can Facebook Reject Your Ad for Any Reason? Or, No Reason??"

Print FriendlyAccording to Angela in last week’s issue of WritersWeekly, what happened AGAIN?! ***Please answer the trivia question using our contact form HERE. Do not post your answer in the comments section below.  You must be a WritersWeekly.com subscriber to participate in the weekly contests. Subscribe today. It’s free! NOTE: ONLY ONE WINNER PER HOUSEHOLD PER CALENDAR QUARTER, PLEASE. THIS WEEK’S PRIZE: A free print or ebook of your choice from Booklocker.com!           END_OF_DOCUMENT_TOKEN_TO_BE_REPLACED