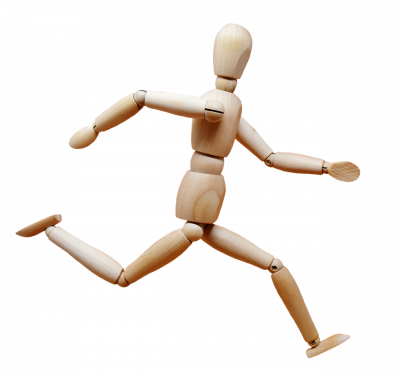 When I first published my historical novel, SHANGHAI LEGACY I promoted it full steam ahead. I garnered reviews from small-town papers (including my home town, which gave a huge article with pictures) and from authors writing on similar subjects. I hosted book clubs; spoke at venues around the country; and at libraries and bookstores here in New York City. I sold a few thousand copies, which is very good, I’m told, for a self-published book.

Then I eased up my efforts and focused on writing my next book.

As I work on my new “darling,” I am consumed, as always, with the project. But I continue to promote SHANGHAI LEGACY – if in less ambitious ways. I do it in my every-day encounters that take up no extra time.

Here are some examples that have proven surprisingly fruitful.

1.) When I was recently buying a new refrigerator, I somehow got into discussion with the salesman about my book. From a different culture, on a subject unknown to him, he nevertheless was fascinated. He read the book and, on the phone after discussing delivery of my appliance (!), he gave me a thoughtful, enthusiastic critique. He passed it on to his wife. And, since he was attending college at night, he was going to share it with his fellow students. Amazing.

2.) Two weeks ago, on my weekly visit to my sister, the man who delivers packages in her apartment building ran up to me. “Are you Marion Cuba?” he said. How did he know? Someone was recycling my book, he explained, and he recognized me from my photo on the back. He wanted me to sign it but couldn’t do it right away: he’d lent it to a friend. Nearby there was a teenager waiting for the elevator who overheard us. She was going to go right upstairs, go to my website, and buy it, she said. (Several people have told me that teenagers would enjoy the book.)) Who knows where this will lead?

3.) In my gym, I was talking to the woman on the next treadmill. She, like me, was reading while exercising. When I mentioned my book, she was very excited to read it. The outcome? She loved it and invited me to host her book club.

4.) On a train to Washington, D.C., to speak on my book, I found myself in a crowded car filled with young people hooked up to various media. I spotted a gentleman who had a much-leafed paperback copy of Middlemarch on his tray. Wow, a reader of the classics. I sat down at once. It turned out he was the writer, producer, and moderator of a TV program at an international scholarly institute in Washington. By the time the train arrived, he’d asked me to do an interview on his TV show.

5.) Through my website, a woman contacted me, asking for help in finding her mother’s friend from the Shanghai ghetto, who was the author of one of my sources. I searched out the author, who’d written this book nearly thirty years ago. Though she no longer lived at that address given, my website inquirer thanked me profusely for trying and planned to use my book in her own book club. Hey, and maybe a built-in fan for my next book!

Now, I realize these small incidents do not involve a huge volume of sales. But you never know where they may lead. Plus there’s the psychic dividend: a fresh infusion of positive feedback. Always a boon to any writer.

Also, I keep current on happenings in Shanghai through Google reports and other media, which I add to my speech file. Oh, and wherever I go, I carry postcards with my cover and review quotes. And, of course, where to buy the book.

Five years later – thanks to POD publishing – my book is still for sale at BookLocker, Amazon, Barnes and Noble, and many other web sellers. And, I’m still promoting it!

MARION CUBA has worked as a writer in advertising, promotion, and nonprofit fundraising. Shanghai Legacy was a 2007 Benjamin Franklin Awards Finalist. For many years Marion served as an Adult Literacy Tutor. She attended Brandeis University and the University of Michigan, earning a B.A. in English. She is at work on another historical novel, also about a little-known chapter of the Holocaust.

Print FriendlyPer last week’s issue of WritersWeekly, what is one reason a freelancer might get sued? ***Please answer the trivia question using our contact form HERE. Do not post your answer in the comments section below.  You must be a WritersWeekly.com subscriber to participate in the weekly contests. Subscribe today. It’s free! NOTE: ONLY ONE WINNER PER HOUSEHOLD PER CALENDAR QUARTER, PLEASE. THIS WEEK’S PRIZE: A free print or ebook of your choice from Booklocker.com!           END_OF_DOCUMENT_TOKEN_TO_BE_REPLACED