I Owe My Success To My Writing Group – Pauline Clark 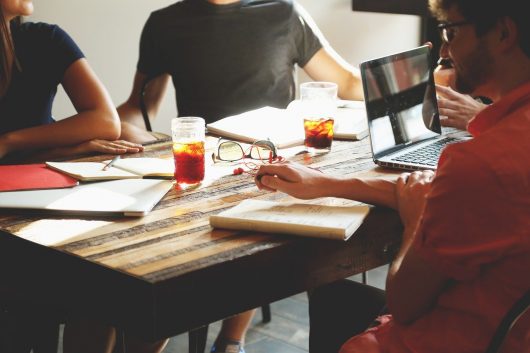 I’ve been a writer for most of my life. It’s a solitary profession sometimes. It certainly had been for me. Growing up in a small town meant there weren’t a lot of us “writer-types” around. People would nod and just smile when I told them what I wanted to do. Eventually, I quit saying it out loud. Instead, I devoured writing magazines and dreamed of the day when my writing would make me rich and famous.

That day still hasn’t come but my writing life has become much less solitary – and more successful – since some writers came to town.

In fact, these writers – who are now my friends (Angie and Gordon) – relocated to our small town from the big city to write. Both full-time writers, they knew the small town would offer a more affordable lifestyle while they worked. Angie wanted a circle of writers around her, and quickly got to work forming a writers’ group. She asked around and, lo and behold, there were other writers around. I hadn’t ever connected with them.

Several years later, our writing group still meets monthly. I’m also part of an off-shoot group that organizes such literary events as author visits and writing workshops. More importantly, our writing group has critique groups when we need them, hosts writing binges (retreat weekends) and, for those of us who want to continually work at earning a living writing, has formed a business group.

It was after one writing binge that I went home and picked up the local newspaper, immediately spotted a job ad for a freelance managing editor position, and quickly applied. Before the interview, I was terrified. Who did I think I was? How could I do that job? I turned to my group members who encouraged me, and reinforced to me how capable I was.

Nearly five years later, I’m still working at that managing editor position, which I get to do from home. I also work as a freelance writer and recently received arts council funding for my first novel work-in-progress.

When people ask me how I got the editor’s job, I simply say, “I applied.” That’s the truth but it was my writing group who gave me the confidence I was lacking and the support I needed. I never would have felt that I was capable of taking on the position before. Being in a writing group gives you that confidence. It gives you an opportunity to practice writing, to try your writing out on others, to set goals and to make affirmations about what you intend to do.

Saying it out loud can make it happen. If you’re not already involved in some sort of writing group, my suggestion is to get out and start one of your own. It’s not always about the writing gigs. Sometimes you need a little professional support to get you pointed in the right direction.

Pauline Clark is a freelance writer and editor who lives in northern Ontario, Canada with her husband and cat. She’s written hundreds of articles for various newspapers, magazines and online publications and is currently working on her first novel. She loves writing human interest articles – which means just about anything. When she’s not writing, she runs a scrapbook business. You can follow her at http://www.pollieponders.com or email clark.pauline@sympatico.ca.

Print FriendlyPer last week’s issue of WritersWeekly, what is one reason a freelancer might get sued? ***Please answer the trivia question using our contact form HERE. Do not post your answer in the comments section below.  You must be a WritersWeekly.com subscriber to participate in the weekly contests. Subscribe today. It’s free! NOTE: ONLY ONE WINNER PER HOUSEHOLD PER CALENDAR QUARTER, PLEASE. THIS WEEK’S PRIZE: A free print or ebook of your choice from Booklocker.com!           END_OF_DOCUMENT_TOKEN_TO_BE_REPLACED