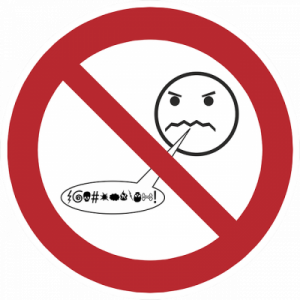 Last week, we openly and harshly criticized one of our competitors who shut down in January, leaving thousands of authors in a lurch. They’re now charging the authors an additional $50 for their book files, but only if those authors sign a contract promising not to sue the publisher, and agreeing to receive no refund. These are authors who paid thousands to get published in the first place.

Following that, another competitor posted an ad online, trying to give those authors a “deal” (but only offering them 15% off of packages that cost hundreds to thousands of dollars). We were offering a MUCH better deal (only $78) and, after a brief Twitter exchange, where we asked them why an author should pay that much when they already have their production files, that other competitor tried to insult us (it didn’t work), deleted our posts, and blocked us from their Twitter feed. That gave us a chuckle. 😉

A common phenomenon, which I’ve always found quite odd about people, is when they are a customer of a company and when their loyalty to that company is so strong that they refuse to believe when that company is treating them poorly, charging them way too much, offering them a bad deal, upselling them on worthless products and services, etc. If you’ve ever watched American Greed, you can see this phenomenon play itself out over and over again. Many of the victims of the individuals and firms featured on that show are loyal to that individual or firm until the very end. Then, when the poop really hits the fan (or, when press gets wind of the story), they are shocked when they learn things were not at all what they seemed.

I guess it might be nice to go through life being so trusting and naive but, after being a business owner for a couple of decades, I don’t trust most companies up front. They must earn my trust. And, in my opinion, the bigger and more profitable they are, the more likelihood they’ve crossed over to the dark side, and are performing greedy and perhaps even illegal deeds.

Whenever we openly call out a competitor for bad business practices, we always expect a few folks to send us hate mail. Of course, in some cases, we’re not always sure if it’s a customer, or an employee, or even an owner of the company itself.

I received one email that was sent at around 5:00 a.m. (our time) by an obviously VERY drunk or high individual. The email, which was FULL of misspelled words and other nonsensical jargon, said it “wasn’t fair” for us to criticize our competitors online, etc., etc., etc. (they never mentioned a specific competitor). They went on and on, even attacking us personally. It was a pretty angry email! The email was sent by an individual using a fake name and, of course, a fake email address.

We then received another email that criticized us because we are a “Made in America” company. That individual called me a racist. Uh huh…

Needless to say, it’s been a pretty entertaining week here in the “home office!” Now, I’m backed up on author correspondence because we’ve had so many responses from authors of the defunct competitor.

I have an update on last week’s mysterious bead story. I heard back from the company that shipped the bead to me. Their response? They have no record of my name or address in their system at all. The plot thickens…

After hearing about the death of the founder Namco, the company that created Pac-Man, Mason said, “Pac-Man was the first video game that women could enjoy.”

He responded, “Because it didn’t involve shooting.”

I retorted, “When I was a teenager, I didn’t even like Pac-Mac! I played Space Invaders, which involved continuous shooting.”

Mason rolled his eyes, sighed, and said, “That was a long time ago, Mom. That wasn’t REAL videogame shooting.”

4 Responses to "This Week’s Hate Mail!"

Print FriendlyPer last week’s issue of WritersWeekly, when Angela found the unique carrot, what did she suggest to the pastor? ***Please answer the trivia question using our contact form HERE. Do not post your answer in the comments section below.  You must be a WritersWeekly.com subscriber to participate in the weekly contests. Subscribe today. It’s free! NOTE: ONLY ONE WINNER PER HOUSEHOLD PER CALENDAR QUARTER, PLEASE. THIS WEEK’S PRIZE: A free print or ebook of your choice from Booklocker.com!           END_OF_DOCUMENT_TOKEN_TO_BE_REPLACED