For Me, Volunteer Search and Rescue Training is Like a Really Serious Easter Egg Hunt. Here’s How YOU Can Do It, Too! 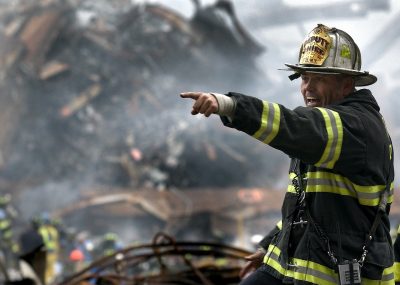 This article can be reprinted/redistributed freely provided the entire article and bio are included.

After seeing the devastation of Hurricane Michael in the Florida panhandle last fall, whose victims are still reeling from losing everything, I decided I wanted to do more with my life than just sit behind a computer screen. And, since I have so many good folks helping run things at WritersWeekly and BookLocker now, I do have some spare time to contribute to a worthy cause. So, I signed up for CERT. And, it’s something you might want to do, too! 🙂

In the words of FEMA:

“The Community Emergency Response Team (CERT) program educates volunteers about disaster preparedness for the hazards that may impact their area and trains them in basic disaster response skills, such as fire safety, light search and rescue, team organization, and disaster medical operations. CERT offers a consistent, nationwide approach to volunteer training and organization that professional responders can rely on during disaster situations, which allows them to focus on more complex tasks. Through CERT, the capabilities to prepare for, respond to and recover from disasters is built and enhanced.”

I still have more training to do before I can be “deployed” in a disaster but I have already been trained, or become certified, in the following:

The CERT classes I took online (as a prerequisite) and in person last weekend taught:

Disaster Preparedness: Simple steps you can take to prevent your own home or office emergencies, and how to identify problems that may become disasters…like an abandoned package in a public place. Did you know that you should NOT use your cell phone near a suspicious package because it can set off a bomb? I didn’t!

Fire Suppression: Just like it sounds. I learned about different fires and what it takes to put out each one. And, I got to use a fire extinguisher for the first time and learned how the Fire Watch Service works.

Medical Operations Part I: Treating airway obstruction, bleeding, and shock by using simple triage and rapid treatment techniques. What I learned about triage was at first a bit disturbing but I understood in the end that it’s about saving as many people as possible in the shortest amount of time. In a disaster with multiple victims, we learned to tilt an unconscious person’s head back (in case their tongue is blocking their airway), and to listen and watch for breathing. If they don’t take at least two breaths, we have to code them with a black ribbon (deceased) instead of attempting CPR. Then, we have to quickly move on to the next victim, who might have a better chance of being saved. We had to triage each person for only 30 seconds, and then look for victims who could be saved quickly vs. ones that might survive but only with extensive treatment that would take too long, and put many other lives at risk due to limited resources. The lesson I learned is, if you’re injured in a disaster, do NOT stop breathing! If you do, you’ll end up in the morgue tent.

I learned several other interesting facts from “behind the scenes” and I’ll share those right here next week.

Medical Operations Part II: Evaluating patients by doing a head to toe assessment, establishing a medical treatment area, and performing basic first aid. I learned how to apply splints and tourniquets, and how to stabilize someone who has a neck or back injury. Oh! I also learned how to convince a (fictitious) armed and injured person to drop their weapon so we could help him. He did put his gun down (he was a fictitious police officer who had been shot, was losing a lot of blood, and was confused and combative). I diverted his attention to his life-threatening injury while one of my teammates kicked the gun to the side, and then confiscated it.

Light Search and Rescue Operations: This was the funnest part! We got to do two search and rescue operations over two days, which including finding victims after a “tornado,” doing triage (the non-breathing ones got tagged black, and left behind), treating the survivors, and transporting them. Calling out to victims, looking for non-responsive ones in the woods and brush, finding them, and then trying to figure out their injuries was challenging and, I admit, kind of fun. It was like a really serious Easter egg hunt. That was my favorite part of the training, by far.

Psychology and Team Organization: Signs and symptoms that might be experienced by the disaster victim and emergency workers. Basically, we were trained to not let ourselves get caught up in the emotional trauma of others, how to recognize when you ARE being emotionally affected by a disaster, and how to get support for that.

I also joined a local organization (that worked with the Cajun Navy during Hurricane Michael), which provides community assistance and they offer lots of training in a variety of things.

This weekend, I’m being trained in radio communications so I’ll get to learn how to use my cool new radio. “10-4, good buddy!” (Hmmm…do you think they really say that??) And, in two weeks, I’ll be trained in food distribution, and preparing for a chemical disaster.

If YOU have some spare time, and want to be part of a group that helps first responders in an emergency, I encourage you to check out the CERT program. There are more than 2,700 local CERT programs nationwide, with more than 600,000 individuals!

PART II: Amputees Are Usually Left for Dead … and Other Secrets I Learned in Search and Rescue Training!

Hurricane Michael: Boots on the Ground in the Aftermath – Part I by Brian P. Whiddon

Extreme Excitement and Fear! How We Fared in Hurricane Irma!! (Includes several photos)

Here’s How We Fared in the Hurricane Last Week!

7 Responses to "For Me, Volunteer Search and Rescue Training is Like a Really Serious Easter Egg Hunt. Here’s How YOU Can Do It, Too!"

Print FriendlyPer last week’s issue of WritersWeekly, what is one reason a freelancer might get sued? ***Please answer the trivia question using our contact form HERE. Do not post your answer in the comments section below.  You must be a WritersWeekly.com subscriber to participate in the weekly contests. Subscribe today. It’s free! NOTE: ONLY ONE WINNER PER HOUSEHOLD PER CALENDAR QUARTER, PLEASE. THIS WEEK’S PRIZE: A free print or ebook of your choice from Booklocker.com!           END_OF_DOCUMENT_TOKEN_TO_BE_REPLACED