Angela’s BACK!!! Now, check out this WEIRD picture! 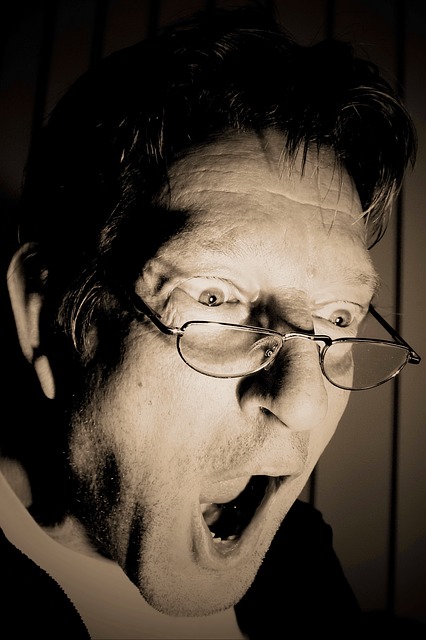 WritersWeekly’s Managing Editor, Brian Whiddon, took over News From the Home Office for a few weeks so we could all live vicariously through his harrowing tales of living and working on his sailboat, The Floggin’ Molly. We LOVED it and now we all want to live on a boat, too!

Now that he’s back in St. Petersburg, I’m back at the helm (pun intended) of the “Home Office” column. But, don’tcha worry. Brian will be back on occasion to entertain us with his clever wit, and more adventure stories!

And now, I have a really yucky picture to show you! Ha ha ha!

As many of you know, I have PTSD and health anxiety from an incident that occurred almost 11 years ago so I avoid doctors and hospitals whenever necessary. Richard takes the boys for their annual physicals, and to get their teeth cleaned. I, of course, come along if they’re sick or injured.

Last night, I was helping Mason brush and floss and I noticed something really, really weird! One of his teeth appeared pink. Yes, PINK! And, it was almost translucent. I looked closer and, yucko! It looked like it had white stuff all around it.

I’d already brushed him and the floss wasn’t working. What the heck was it? I tried a clean rag next. By now, he was whining pretty loudly but I couldn’t understand him because his mouth was open. It wasn’t food. It wasn’t coming off at all! It took me a minute to figure out…it was flesh! Pieces of his gums! My heart jumped up in my throat. I immediately thought it was one of those underdeveloped teeth and that he was going to need a crown, a root canal, or an extraction altogether.

I didn’t want to upset him so I plastered a fake smile on my face, which probably looked ridiculous. (You can’t pull anything over on Mason but I keep trying!) I hoped he couldn’t hear my heart pounding from just eight inches away as I said in a high-pitched squeak, “Um, I think Daddy’s going to need to take you to the dentist, honey.”

The squeak continued and I noticed I was panting a bit. The words were coming out a bit too fast now. “I think there’s something a little wrong with this little tooth right here, sweetie.”

Mason rolled his eyes, and replied, “Oh, Mom! It’s just my wiggly one!”

I inhaled deeply, and felt the tension start to leave my neck.

Mason bounced out of the bathroom to head to bed.

SHWEW!!! I thought it was one of his permanent teeth. The pounding pulse in my ears started to subside and I wiped the sweat that had been suddenly searing my brow. Even if there was something wrong with the tooth, it was on its way to the tooth fairy’s bag anyway. I briefly wondered if she pays extra for translucent teeth. They could almost be windows for her home!

After tucking him in, and hugging him goodnight, I quickly Googled “baby tooth is translucent.” I learned that pink-tinted teeth are a sign of resorption. In other words, the root has dissolved and the tooth is about to fall out.

Mason (age 10) is our youngest. Zach (age 30) is our oldest. We have four kiddos in between. I have pulled more baby teeth than I can count and I have NEVER seen a translucent tooth before!

I showed Mason the article the next morning and we both had fun learning something new together.

Incidentally, our son Frank is entering dental school next year. We’re hoping to eventually get some pretty good deals on cleanings, x-rays and fillings. And, maybe my fear of dentists won’t be so bad since the doctor will be somebody I trust.

Have a super weekend ahead, everybody! Richard and I are taking sailing classes. It’s supposed to be in the 90’s so I hope we get wet! Whoo hoo!! Max and Mason start sailing camp next month. Maybe we’ll be having our own high seas “home office” adventures soon!

Hugs to all!
Angela

The Case of the Stolen Tooth!

Read more installments of News From the “Home Office” here:

3 Responses to "Angela’s BACK!!! Now, check out this WEIRD picture!"

Print FriendlyPer last week’s issue of WritersWeekly, when Angela found the unique carrot, what did she suggest to the pastor? ***Please answer the trivia question using our contact form HERE. Do not post your answer in the comments section below.  You must be a WritersWeekly.com subscriber to participate in the weekly contests. Subscribe today. It’s free! NOTE: ONLY ONE WINNER PER HOUSEHOLD PER CALENDAR QUARTER, PLEASE. THIS WEEK’S PRIZE: A free print or ebook of your choice from Booklocker.com!           END_OF_DOCUMENT_TOKEN_TO_BE_REPLACED