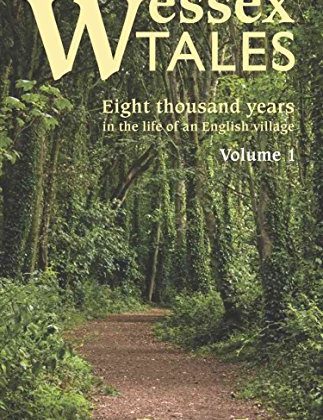 Portsmouth, U.K., was not the best place to be born in 1943. There was a war on. German bombers attacked the Royal Navy’s major English Channel port as long as they had planes to fly. But it was not the Luftwaffe that killed my mother when I was four months old; it was a Royal Navy truck. Talk about friendly fire! My father, meanwhile, was the engineer officer on H.M.S Somali, a destroyer escorting convoys from New York and Halifax to supply the Russian port, Murmansk. Torpedoed northeast of Iceland, Dad survived.

My family’s luck improved. The Navy put Dad ashore in New York for rest and recreation. The English Speaking Union’s Women’s Auxiliary delivered the R&R. Dad fell in love with an ESU lady. At war’s end, she packed her trunk and took ship to England. In 1946, I gained an American stepmother.

Time passed. Money and rations were tight. I was eight when my parents worked out how to give me a good education…cheap. I won a scholarship to Salisbury Cathedral School, and spent five years singing, chanting, and reading services in the English of Shakespeare’s day.

At 18, I visited my stepmother’s family in New York. Almost instantly, I met Carol Burtin across a family friend’s table. We married four years later, after university, in Stony Point, N.Y. Then, we drove north to Canada. We live here still.

Writing? Yes. I had not forgotten. Writing became a major job component when I started producing and scripting public affairs television for CBC’s national network, for TVOntario’s educational programs—and one summer in Tokyo, turning NHK’s wildlife documentaries into English-language programs.

Writing for myself began as mental therapy. My first book, The Becoming (1998 in the U.K.),  interprets Genesis’ creation story into modern science, with 60 essays on cosmic and organic evolution along the way. British novelist John Fowles wrote my Introduction.

Spirit in Health explores physical and mental healing in ancient, pre-technological societies, Animist societies. Long before humans found gods (to enforce laws and lore in early city states), humans believed that spirits controlled every aspect of land, sea, and sky. Shamans channeled spirits, as sources of natural wisdom, and into spiritual and vegetable forces. Shamanic training was, and remains, similar the world over. “Shamanic consciousness” is a recognized term—for a markedly different perception.

A large format book, Design and Science, traces the career of New York designer, Will Burtin, my late father-in-law. Burtin is known for many design initiatives, but let’s keep it short: the Internet gives ‘Will Burtin’ very many pages. (The book’s co-publishers are Lund Humphries, London; and Ashgate Publishing, New York, 2007).

I wrote the first-person memoirs of Eleanor of Aquitaine, a tough, twelfth-century lady, whom troubadours praised for her beauty. She became the queen of France, then of England, and finally the Regent of England. Book title? Power of a Woman. Memoirs of a turbulent life: Eleanor of Aquitaine. Channeling Eleanor, I lived through her 82 years of wars, betrayals, crusades, and uneasy peace as she battled all-male powers in Church and state.

My two books of short stories are both called Wessex Tales. Each volume contains 20 stories. Volume 1 and Volume 2 share the name that

Thomas Hardy used for five short stories published in 1888. Maybe it was cheeky to use Hardy’s title again a century later, but we were both writing about our native English county, Dorset. The Thomas Hardy Society gave my tales a good review.

I once time-traveled into my past by writing the language I learned through my years in Salisbury Cathedral’s choir: the English of Shakespeare’s day. I wrote a better play than Shakespeare’s crude farce about King Richard III. The Bard’s Richard III amounts largely to Tudor propaganda hurled at the last Plantagenet king. My play, Dark Sovereign, is an updated history of Richard’s life and time. The better to compete against the Bard, I wrote it in the English vocabulary and syntax exactly as it stood in the year 1626.

who then can light a brand so great
’twill show the hórizónt? Nay, my lord.
The face, the breath, the voice, the touch of hands,
the quick — the very certain countenance of life
rebuke our fond-imagin’d vizard of eternity.
Had heaven wept good measure of my grief,
the earth had wash’d away.” [DS 2.4.7]

Print FriendlyAccording to last week’s issue of WritersWeekly, what percentage of consumers in 2020 claimed they’d like to see more video content from brands? ***Please answer the trivia question using our contact form HERE. Do not post your answer in the comments section below.  You must be a WritersWeekly.com subscriber to participate in the weekly contests. Subscribe today. It’s free! NOTE: ONLY ONE WINNER PER HOUSEHOLD PER CALENDAR QUARTER, PLEASE. THIS WEEK’S PRIZE: A free print or ebook of your choice from Booklocker.com!           END_OF_DOCUMENT_TOKEN_TO_BE_REPLACED