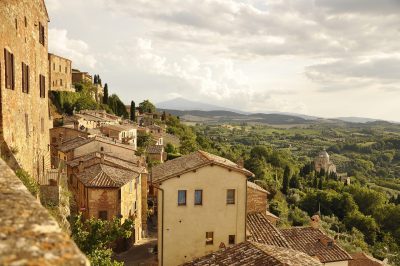 “If you’re a fan of historical fiction, vivid characterization, and/or just darn good writing, be sure to pick this one up!”
– Tempest Blake 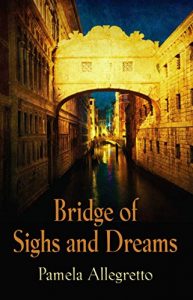 The tutelage of my Italian family launched my love for the Italian language the moment the first trilled “R” danced on my tongue, and tickled my teeth. Animated conversations around the supper table often veered from current events to life in Italy during World War 2, and the impact the War had on our family. These conversations piqued my curiosity, and planted a seed that nagged me to learn more.

I was 17-years-old when I took my first trip to Italy. There, I met my Italian aunts and uncles in their Southern Italian village of Faicchio, and listened to their personal accounts of the War. The more I learned, the more I wanted to know.

After high school graduation, I moved to Florence, Italy, and attended L’Università Per Gli Stranieri, which heightened my passion for Italian history, especially those War years. My Florentine friends all had personal family stories relating to the Nazi-occupation and the brave Italians in the Resistance Movement.

These first-hand accounts were a direct contradiction to the denigrating jokes I heard while growing up about Italian cowardice. I felt compelled to write a war novel in which the women don’t play the role of wallpaper or objects of amusement to soldiers and politicians. I wanted my women to take center stage in a behind-the-lines battle between good and evil.

As is often the case, life got in my way and I shelved my anticipated novel for a few decades. Then, during one of my annual visits to Italy, a conversation with my aunt ignited my shelved idea for a war novel. She told me about the suffering under Mussolini’s Fascist Regime, and how life in Faicchio became a daily challenge to survive.

I was determined to find out more. One cousin supplied me with a detailed accounting of the Nazi occupation of the Village of Faicchio, written by one of his professors, who had been a teenager during that time. It took the remainder of my visit to translate this eye-opening report. Strangely enough, a compassionate German soldier, whom I had initially incorporated into my fiction, was real and the professor had fleshed out his back-story.

After I left my family’s farm, and traveled toward Rome, I spent some time in the hill-top village of Anagni where, on a narrow side-street, I stumbled across Tarsie Turri, the tarsia lignea (inlaid wood) workshop of Carlo Turri. Since one of the proposed characters in my novel practiced this intricate art form, I found this a serendipitous occasion. Not only was I able to glean information about tarsia lignea, but the data came from the best possible source! Carlo Turri’s work has been collected by dignitaries worldwide.

Carla Turri, Carlo’s daughter, who carries on the tradition, gave me a detailed tour and demonstration of this Renaissance art form. Unfortunately, due to story “flow,” I was not able to include as much information about this art form as I would have liked. However, that personal experience is one I hold dear and I consider the knowledge I gained to be priceless.

My next stop was Rome where, again, fate stepped in. I came upon a vintage market not far from Piazza di Spagna. There, I encountered a merchant who dealt in World War 2 paraphernalia. I had wanted to incorporate information on the treatment of Italian Jews under the Nazi occupation and, here, I found real-time publications regarding the events that took place in Rome during that time-period.

The discovery of personal letters and journals augmented my study. The consistent manifestation of hope, scribbled across those abandoned pieces of paper on which the ink now weeps, afforded a valuable glimpse into the Italian sentiment during this horrific period. I deemed all this information to not be coincidence, but rather a sign that I was meant to continue with my novel.

I wanted Bridge of Sighs and Dreams to be a story of betrayal, dignity, and purpose that highlighted the brutality toward Italian citizens under both Mussolini’s Fascist regime and the Nazi occupation, and that illustrated the tenacity of the human spirit. However, I thought it was also necessary to inject some light humor, not merely for the reader’s benefit, but to show that a sense of humor can serve as a valuable shield during dire times.

To weave my fiction around the time-line of events that I wanted to highlight was tricky but I didn’t want to alter facts to fit my fiction. Instead, I utilized truth to enhance my characters and their story. And so, after decades of research, translations, false starts, writing, editing, shelving, writing, editing, and shelving, Bridge of Sighs and Dreams finally bloomed into a novel of which I am proud.

Nazi-occupied Rome sets the stage for Bridge of Sighs and Dreams, where the lives of two women collide in an arena of deception, greed, and sacrifice.

Following an allied attack, Angelina Rosini flees to Rome from her bombed-out village and a ruthless Nazi officer bent on revenge. In Rome, the spirited portrait artist channels her creativity into the art of survival for herself and her young daughter. Unwilling to merely endure, and armed with ingenuity, wit, and unyielding optimism, she enters the shadow world of the Resistance where she zigzags through a labyrinth of compassionate allies and cunning spies.

Meanwhile, Lidia Corsini, Angelina’s sister-in-law, quenches her lust for power and wealth by turning in Jews to the ruthless Nazi Police attaché with whom she has formed an alliance. Her spiral into immorality accelerates as swiftly as the Jewish population dwindles, and soon neither her husband nor her son is immune to her madness.

Once Angelina discovers the consequences of Lidia’s greed, she conspires to put an end to the treacheries; but in doing so, she becomes the target of Lidia’s most sinister plot.

Bridge of Sighs and Dreams is a story of betrayal, dignity, and purpose that highlights the brutality toward Italian citizens, under both Mussolini’s Fascist regime and the Nazi occupation, and illustrates the tenacity of the human spirit.

“The writing is almost Hemingwayesque in its ability to visually imprint the individual scenes on the reader’s mind.”
– Wayne Hagstrom

“…A gift for sharp dialogue and briskly moving the story along. Full of intrigue, humanity, love, and war … Page-turning story telling.”
– Tom Soboleski

“Allegretto displays a true author’s knack for painting a word-picture that puts the reader right there… An understanding of and ear for plot.”
– J.D.

“‘Fresco’ is a particularly apt term for this book… Allegretto transposes her pictorial ‘eye’ to the written page, creating a vast, detailed, and sensuous word-portrait.”
– Laurette Long

“If you’re a fan of historical fiction, vivid characterization, and/or just darn good writing, be sure to pick this one up!”
– Tempest Blake

Bridge of Sighs and Dreams is available from the publisher, BookLocker.com, as well as from Amazon, BarnesandNoble.com, and many other stores. If purchasing from BookLocker, use this discount code when checking out to get 10% off: Backstory

Pamela Allegretto lives in Connecticut and divides her time between writing and painting. In addition to her World War 2 novel, her published work includes dual-language poetry books and translations in Italian literary journals. Her art is collected worldwide.

Print FriendlyPer last week’s issue of WritersWeekly, when Angela found the unique carrot, what did she suggest to the pastor? ***Please answer the trivia question using our contact form HERE. Do not post your answer in the comments section below.  You must be a WritersWeekly.com subscriber to participate in the weekly contests. Subscribe today. It’s free! NOTE: ONLY ONE WINNER PER HOUSEHOLD PER CALENDAR QUARTER, PLEASE. THIS WEEK’S PRIZE: A free print or ebook of your choice from Booklocker.com!           END_OF_DOCUMENT_TOKEN_TO_BE_REPLACED