Published on May 12, 2022 Paying Markets for Writers, welcomes new writers

“Leading Edge magazine publishes short stories, poetry, and essays that relate to science fiction, fantasy, and horror. We also contract for short-term blogs and art. The magazine was started in 1981 by a team of students from Brigham Young University and continues to be run by a team of dedicated volunteers. Leading Edge is a great place for both first-time and well-established authors.” Biannual. Pays on publication. Publishes ms 4-5 months after acceptance. Buys First N.A. rights, for six months. No reprints. Responds within one week. 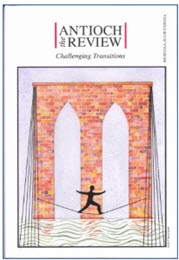 The Antioch Review, founded in 1941, is one of the oldest, continuously publishing literary magazines in America. We publish fiction, essays, and poetry from both emerging as well as established authors. Authors published in our pages are consistently included in Best American anthologies and Pushcart prizes. Finalist for National Magazine Award for essays in 2009 and 2011 and for fiction in 2010. We continue to serve our readers and our authors and to encourage others to publish the “best words in the best order.” Welcomes new writers. Responds in 4-6 months. 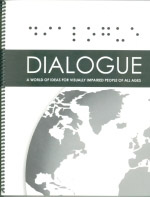 “DIALOGUE is an international news magazine written by and for people who are experiencing vision loss or who are blind. It is published by the nonprofit organization Blindskills, Inc., based in Oregon. The magazine’s purpose is to encourage and facilitate independent living. It provides a wealth of useful information and hints to make life easier. Many topics are covered including finding transportation, starting a career, managing illness, traveling, participating in sports, accessing computers, and adapting the home environment. DIALOGUE reviews low vision aids and devices, provides tips on coping with vision loss, and interviews professionals in the field.” 25% freelance. Welcomes new writers. Quarterly. Pays on publication. Publishes ms within six months. Buys first NA serial rights. Accepts some reprints. Responds one week.

According to last week’s issue of WritersWeekly, what is a waste of time for authors? ***Please answer the trivia question using our contact form HERE. Do not post your answer in the comments section below.  You must be a WritersWeekly.com subscriber to participate in the weekly contests. Subscribe today. It’s free! NOTE: ONLY ONE WINNER PER HOUSEHOLD PER CALENDAR QUARTER, PLEASE. THIS WEEK’S PRIZE: A free print or ebook of your choice from Booklocker.com!            ... END_OF_DOCUMENT_TOKEN_TO_BE_REPLACED